CUT Co. Ltd. partners with Goethe-Institut Hong Kong for the fifth time to present the popular German Film Festival – KINO Macau. Since the introduction to Macau by CUT in 2016, the German Film Festival has gained popularity over the years and attracted a large turnout.

KINO Macao, on the other hand, could continue to take place in physical form based on the situation of the city, featuring a total of 12 outstanding German films, six of which are the newest works covering a variety of topics. From an urban tale with stunning visuals to a refreshing German musical to a purposeful and powerful children’s film, the films this year also pay attention to social and historical issues.

The program of KINO Macao 2020 continues to comprise the Director-in-Focus session, which presents three major films of Margarethe von Trotta in different eras, one of the significant directors and the only female auteur during the New German Cinema. There is also Wim Wenders 75 – Special Screening session this year, presenting the documentary Desperado for the 75th birthday of the director and Wenders’ Faraway, So Close!, which won the Grand Prix du Jury at the 1993 Cannes Film Festival. Talks and post-screening sharing sessions are also highlights of KINO Macao 2020.

The German Film Festival — KINO Macao 2020 highlights the works of three film masters in the New German Cinema, including Margarethe von Trotta, Wim Wenders, and Rainer Werner Fassbinder. The opening film of the festival is Enfant Terrible directed by Oskar Roehler, which focuses on the career of Fassbinder, from his debut feature film Lover Is Colder Than Death in 1969 to the powerful, vulgar-style Querelle in 1982 to his death at the age of 37. This movie legend once said, “I don’t throw bombs, I make films.”

In a life span of 37 years and a film career spanning over 13 years, the number of Fassbinder’s works totaled 44, including three short films, a television series of five episodes, and the 14-part Berlin Alexanderplatz. Whether the audiences watched his works at the Director-in-Focus session in KINO Macao 2018, they could still know more about this inspiring film talent from another perspective this time. What is also thrilling is the screening of Enfant Terrible in Macao marks the Asia premiere of the film after its world premiere at the Cannes Film Festival. Influenced by the French New Wave, the New German Cinema, during the period between the 1960s and 1980s, saw the emergence of numerous acclaimed directors. The most exceptional female director from this batch is Margarethe von Trotta, who has started independent productions since the 1970s. Aged 78 now, she has written and directed over 10 films, including Marianne and Juliane (1981), Rosa Luxemburg (1986), Rosenstrasse (2003), and Hannah Arendt (2012), which are all highlights of the German cinema and showcase her distinctive auteur style.

The images of each female character in her works do not only break conventional gender stereotypes but are also exquisitely crafted to showcase the female aesthetics in the spiritual, intellectual, and independent aspects. The main visual design of KINO Macao 2020 is inspired by her masterpiece Rosa Luxemburg, depicting the title character as a rose in pursuit of free will and freedom albeit hardship. Coincidentally, many movies in KINO Macao 2020 are based on a female perspective, from kids to the elderly, from the past to the present, each illustrating visionary and powerful women–perseverant, intellectual, and unique.

Wide Array of Outreach Activities to Enhance Depth and Scope

The German Film Festival — KINO Macao 2020 is the first film festival presented by CUT after the end of its operation of Cinematheque‧Passion. We are grateful for the continuous support from Goethe-Institut Hong Kong so that KINO Macao could be held once again. It is a challenging task to organize a film festival in the absence of venues, funding, and sponsorships, but it’s fortunate that there is a group of vigorous and diligent film enthusiasts, who work side by side to strive for the best results and to overcome any challenges. Rome wasn’t built in a day. There might be ups and downs along the path, but as long as the audiences appreciate our efforts, it is believed that our world will see the blooms of flowers one day.

For more information, send an email to [email protected] or check the organizer’s Facebook page 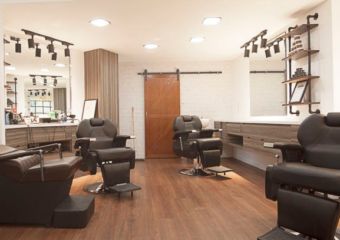 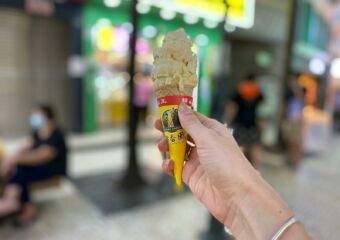 Where and How to Do the Durian in Macau 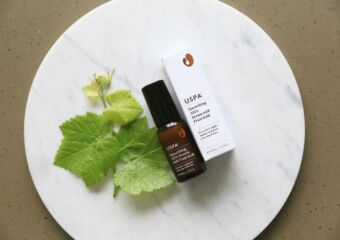 Uspa: Combining Scientific Knowledge With the Power of Plants