2021 marks the 230th anniversary of the death of the great composer Wolfgang Amadeus Mozart. To commemorate this great composer and legendary figure of classical music, the Macao Orchestra (OM, from the Portuguese acronym), joins hands with internationally renowned Chinese conductor and pianist Xu Zhong to present the concert “The Legend of Mozart” on 23 January, at the Macao Cultural Centre Grand Auditorium. Moreover, three spectacular concerts with free admission will be held in January, welcoming the New Year with music aficionados and injecting vitality into the city.

The concert “The Legend of Mozart” will feature Mozart’s famous works, including Overture to Don Giovanni, K.527 and Symphony No. 41 in C, K.551 “Jupiter”. Conductor Xu Zhong is the first Chinese conductor ever to serve as Artistic Director and Principal Conductor of the Teatro Massimo Bellini in Italy and is the current Principal Director of the Fondazione Arena di Verona and Arena di Verona Festival in Italy. In this concert, Xu Zhong will personally perform Mozart’s Piano Concerto No. 9 in E flat, K271 “Jeunehomme”, offering a true musical feast to music aficionados.

More performances are also be presented by the OM in January. The concert  “Flourishing Arts”, held at the University of Macau, provides a platform for young musicians. Award winners of the 38th Macao Young Musicians Competition, including Leong Ieng Ieng, Che Chong Hei, Kong Kit Man, Ou Hoi Kuan, Wang Iat Fan, among others, will join OM on stage and perform under the leadership of the Assistant Conductor of the Macao Orchestra Francis Kan. “When Music Speaks – Discover Mozart”, one of the concert season’s highlights, also takes place at the University of Macau, in which the Music Director of the Macao Orchestra Lu Jia talks about Mozart’s life and lead the Orchestra to perform Mozart’s Symphony No. 1 written at the age of eight, as well as Mozart’s refined excerpts from Symphony No. 33 written in the later period.

In addition, the concert “Music at World Heritage” will be held on 30 January at the Dom Pedro V Theatre, featuring wind repertoire composed by Mozart, Haydn, Poulenc and Bach. The audience will be able to enjoy the beautiful classical music and experience the history in a world heritage building that has a history of more than 160 years.

How much: Free admission for almost every concert 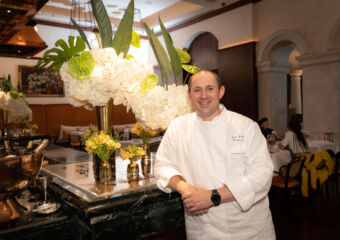 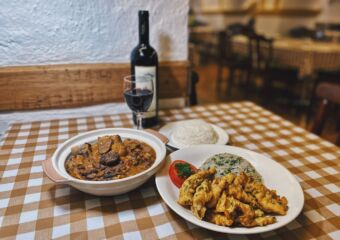