“Reflecting on the Human Condition: A Retrospective of Roy Andersson’s Films” Andersson’s first feature A Swedish Love Story (1970), featuring a coming-of-age summer love story, shows Andersson’s being influenced by Italian Neo-Realism narrative. Andersson changed his style completely in his next feature. No producer in Sweden wanted to work with him, but this misfortune became a blessing in disguise. For the next 25 years, Andersson worked in advertising and did like many other art film directors: he made ads to fund his own independent filmmaking.

Songs from the Second Floor (2000), Andersson’s third feature film met with critical acclaim, winning the Jury Prize at the Cannes Film Festival. When You, the Living (2007) came out 7 years later, it was clear that a trilogy was in the making. Throughout the trilogy, we find sequences where characters look/speak directly at the camera, and where the boundary between reality and dream, past and present, is blurred. You, the Living (2007) contains several scenes where characters describe a recent dream; the following scenes depict that dream or nightmare. These dream sequences capture humanity&#39;s dreams and fears, and the best and worst of how we treat each other.

The final film in the trilogy, A Pigeon Sat on a Branch Reflecting on Existence (2014), also mixes past and present time. It is also the first Swedish film to win the Golden Lion award at the Venice Film Festival. In several anachronistic sequences, historical figures (or elements) from the past, such as King Charles XII of Sweden, appear in present time. 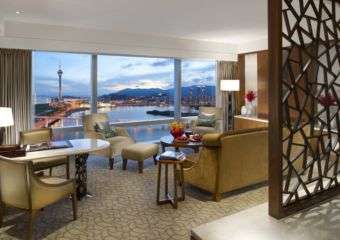 Great Places to Grab a Bite in Barra