Artist Cao Kai published an initial study about Täubner’s Cube in World Art, a journal under the Central Academy of Fine Arts, in which Cao allegorically described the cube as contradictory, paradoxical, and inconceivable “KUBUS”. Cao has started an artistic collaboration with the Täubner family from the withered forest in Cologne, Germany since 2015, utilizing the cube concept left by Wilfried Täubner to undertake reconstruction — concept reconstruction and image reconstruction. The former is about busting the dependence of installation art on “thing” and its obsession with “ready-made”, and creating a cube in consciousness with the construction of virtual thinking through meditation, graphics, voices (dialogues and monologues), texts (writing and poems) and other forms of expressions of ideas. The latter is a space basically constituted by the cube, and it projects a visual intention with dynamic and static image recording and editing. The expressions of this intention include performance art, noise art, occasional art, and other Fluxus actions and activities.

The collaborators participating in this art program by Cao include sinology expert Thomas, dancer and performing artist Julin-Julia Täubner, assistants-cum-art students Li Shixian and Gu Jianyu, and art student Cao Yue that has recently joined the program. In some sense, the list of collaborators also includes the late Wilfried Täubner — in commemoration of Wilfried, Cao Kai has named the relevant cube “Täubner’s Cube”.

Täubner’s Cube, originated from the conceptual photography of “Cubes” by the late German photographer Wilfried Täubner (1940-1994), is a term coined by Chinese artist Cao Kai in 2015, who has studied and made art creations based on this concept. Wilfried Täubner created a steel cube structure for his images, comprising six faces that include two perpendicularly-placed mirrors and an open four-sided frame. Täubner placed the cube in different types of spaces, resulting in a type of contradictory landscape images through the flat conversion of the camera lens. The open frame of the cube divides the space where it is located for the second time, presenting a fragmented view; the surface of the perpendicularly-placed mirrors plays a dual role of concealment and reflection, underscoring the effects of displacement and rough connection following division. Thus, these create a sense of alienation from the unfamiliar landscape. 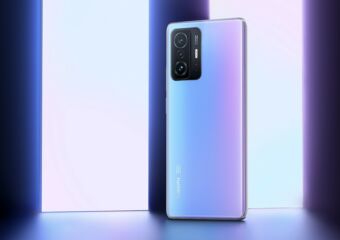