Art Macao: Reminiscences of the Silk Road – Exhibition of Cultural Relics of the Western Xia Dynasty “Reminiscences of the Silk Road – Exhibition of Cultural Relics of the Western Xia Dynasty”, themed on the cultural relics of Western Xia, showcases the archaeological finds of Western Xia Dynasty, allowing the visitors to have a better understanding of the culture and history of the dynasty. The exhibition features a fine selection of 148 pieces (sets) of relics, offering a compendious interpretation of the Western Xia civilization. Some rare items make their first appearance outside the Ningxia Hui Autonomous Region. The Western Xia Dynasty was rich in cultural relics, including writing and printing, Buddhist scriptures and statues, gold ware, wood ware and glazed pottery in crafts, as well as eave tiles and stone architectural elements.

Through the display of cultural relics in the form of calligraphy, Buddhist pieces, crafts and architecture of Western Xia, the public can appreciate this unique and splendid civilization. The culture of Western Xia is also an important part of the Silk Road culture. This exhibition of valuable relics from Western Xia aims to allow the public to have a deeper understanding of the historical background of “The Belt and Road Initiative” and explore its significance in the modern and contemporary development .

Western Xia was founded in 1038AD, located in the east of the Hexi Corridor stretch of the Silk Road. In its heyday its territory scope across what are now the Ningxia Hui Autonomous Region, Gansu Province, Qinghai Province, Inner Mongolia Autonomous Region and Shanxi Province. It was said that the territory of the Western Xia Regime “stretches to the Yellow River in the east, arrives at the Pass of the Jade Gate in the west, connects with the Xiao Pass in the south and dominates the Gobi Desert in the north”. Over 190 years under the reigns of ten rulers, Western Xia formed a tripartite confrontation with the Northern Song and Liao in its early stage, and competed with the Southern Song and Jin later. The culture of Western Xia in full flourish faded into history. Until the 20th century, with the discovery of documents and cultural relics, the treasures and wisdom of the Western Xia people have reappeared before the world. In order to enhance the public’s understanding of the theme of the exhibition, there are educational areas and workshops during the exhibition.

“Reminiscences of the Silk Road – Exhibition of Cultural Relics of the Western Xia Dynasty” is part of the mega international art and cultural event Art Macao. 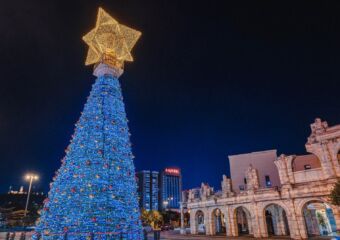 Most Beautiful Christmas Trees in Macau 2020 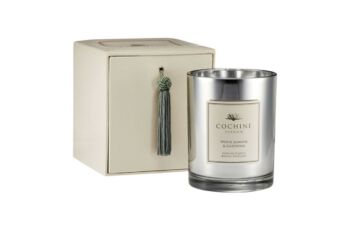