A love child of two hotels from Asia, Mandarin Oriental Hotel Group, is a hotel chain known for its excellent quality and hospitality. A global brand with Asian roots, it manages to combine authenticity with contemporary. From New York to Macau, you won’t find a traveler today who wouldn’t know the Mandarin Oriental name. But how did the company earn such a reputation? Read on to learn how the history of the Mandarin Oriental brand played out. The story of Mandarin Oriental began in the middle of the 19th century in Siam, now known as Thailand. What used to be a rest house for seafarers on the Chao Phraya river turned into a grand hotel, the first one of its kind in Thailand. The Oriental was also the first hotel to have electric lights and the first in Bangkok to have a hotel bar. The scale of grandeur was so impressive that it was often compared to a royal palace. In fact, in the late 19th to early 20th century, it hosted events with royal guests such as Crown Prince Nikolay, who would later become the last emperor of Russia.

Throughout the hectic 20th century, The Oriental lived through years of prosperity, as well as years of struggle. During World War II, the Japanese used it as an army club and then, it housed liberated prisoners of war. Naturally, when the hotel regained its original purpose, restorations were in order.

As the number one place to stay in the capital of Thailand, The Oriental had been attracting all kinds of celebrities from rock stars to writers. Somerset Maugham, Victor Hugo, John Le Carré, George Orwell–so many famous authors used to stay there, and the Author’s Lounge and Author’s Wing appeared to be a homage to that.

In late 2019 the legendary landmark underwent a massive renovation worth USD $90 million to preserve its historical significance for years to come and update it per the modern standards of highest quality and comfort. Another part of the brand’s almost a century and a half’s history is The Mandarin Hotel in Hong Kong. At the time of the grand opening in 1963, The Mandarin Hotel was the tallest building in town and the only one to have direct-dial telephones and a bathtub in every room. A landmark and essential part of Hong Kong’s skyline, the iconic hotel still stands on Connaught Road in Central, under the Mandarin Oriental name since 1985.

The brand name appeared after the hotel management company that owned The Mandarin Hotel acquired an already legendary hotel in Bangkok, The Oriental. By 1985, The Mandarin Hotel had also gained a reputation for offering excellent hospitality. So by merging two strong brands, an even stronger hotel group was created. Since then, Mandarin Oriental Hotel Group has inaugurated properties in over 30 locations from Asia to the Americas. Various awards and recognitions through the years, including Forbes Travel Guide Star Awards, prove Mandarin Oriental to be among the world’s best hotel chains. One of the brand’s distinctive features is its special attention to cultural heritage. First, Mandarin Oriental properties are often located near a city’s significant landmarks. For instance, the hotel in Kuala Lumpur offers spectacular views of the Petronas Twin Towers. Gaudi’s Casa Batlló and Casa Milà are across the road from Mandarin Oriental, Barcelona in the vibrant L’Eixample district. Staying in Mandarin Oriental, Macau comes with the bonus of being away from the crowds and yet, Macau Tower and UNESCO historic sites are mere minutes away.

But it is not just about geography. Every Mandarin Oriental hotel incorporates cultural roots into their DNA. In fact, the one in Prague occupies a 14th-century monastery. While all modern technologies and five-star luxury attributes are present, the monumental architecture still shines through. To highlight the historical importance of the building, Mandarin Oriental, Prague showcases the remnants of a Gothic chapel below the transparent floor in the spa.

Although not all Mandarin Oriental hotels have the privilege of being housed in a medieval monastery, the company always finds a way to appreciate the local heritage. Vida Rica Restaurant in Mandarin Oriental, Macau is a curtsy to a blend of Portuguese, Chinese, and Macanese traditions. If you come to dine at Lobby Lounge, you will see how the menu showcases a diverse culinary map of the city, influenced by many Oriental and Western cuisines.

Another way Mandarin Oriental embroiders cultural specificities into the design of every hotel is by giving every one of them a unique version of the elegant 11-blade fan logo. A reminder of Asian authenticity, the Mandarin Oriental fan acquires a distinctive character depending on its location. For example, Mandarin Oriental, Paris commissioned Maison Lesage, a part of Chanel, to design an exquisite fan with velvet, glacé leather, vintage sequins, pearls, and colored butterflies. Made with tortoiseshell sticks and the gilded paper leaf painted with flowers and birds, the fan in Mandarin Oriental, Macau reflects the tranquility and comfortable surroundings of the hotel.

Another meaning of “fan” is to be an admirer and to communicate the mission and principles of the brand, Mandarin Oriental created the Fan Campaign. Christoph Waltz, Rami Malek, Dev Patel, Hellen Mirren, and other public personas from around the globe declared themselves true fans of Mandarin Oriental by participating in the award-winning campaign. Elegant portraits by Mary McCartney and the late Patrick Lichfield are followed by a series of videos where influential people speak about what they are fans of, from baseball teams to families, and, of course, Mandarin Oriental’s hospitality. The humble manner suggests a simple idea of a connection between a global community of Mandarin Oriental fans. Another strong suit of Mandarin Oriental is its wellness facilities and programs. Forbes has awarded 10 of the chain’s spas with a “Five-Star” award, which is more than any other luxury hotel group has. Among those spas is The Spa in Macau that combines the state-of-the-art facility with ancient oriental practices and philosophy.

To celebrate Macau’s cultural fusion, the wellness team created two signature treatments available only at Mandarin Oriental, Macau. One is the Macanese Dragon Experience that honors Chinese heritage, stimulating body scrub and a lymphatic massage with “Bao-Ding” meditation balls. The second one is Spices of Portugal, a mix of aromatherapy, exfoliation, and massage. Apart from being indisputable examples of hospitality, Mandarin Oriental hotels often become centers of gravity for foodies and cocktail aficionados. Of course, no luxury hotel is complete without a bar. The iconic Bamboo Bar in Bangkok, with jazz evening sessions, has been offering cocktails with an Asian twist since 1953. Vida Rica Bar in Macau cannot boast such a long history yet but the number of awards this bar has received in recent years speaks for its immense quality and creativity. So do their occasional offers and events such as Bar Stories. Known among all the cocktail fans in the city, Bar Stories had its 47th chapter in late 2019. 47 outstanding bars, from Singapore to Saint Petersburg, sent their bartenders for a guest shift behind the Vida Rica Bar counter.

Their in-house bartenders also have something to be proud of. Art in Mixology, Vida Rica’s collection of signature cocktails was launched in two volumes. Legends & Cocktail and Movies & Cocktails helped the bar to elevate itself in the world of Macau’s mixology and spread the word beyond the city’s borders.

Brought to you in partnership with Mandarin Oriental, Macau 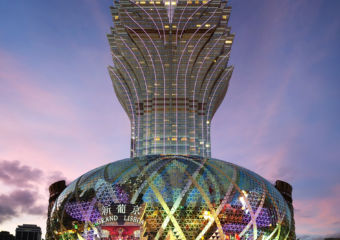 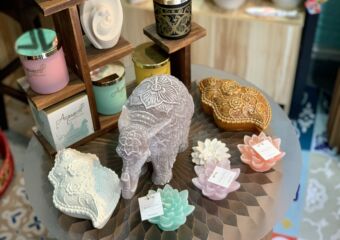 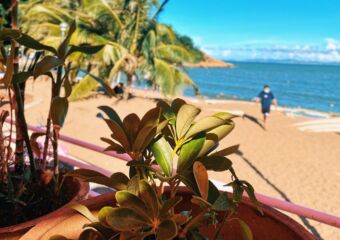 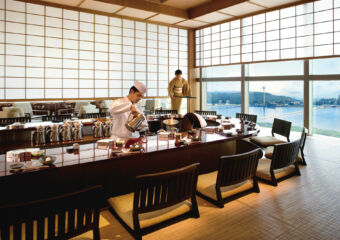 Best Places to Get Mooncakes for Mid-Autumn Festival in Macau