Michelin 101: Your Guide to the Stars It is fascinating to note the small city of Macau is ranked with the top Michelin star cities—claiming the 13th spot between Berlin’s 26 stars and Barcelona’s 30 stars this year. While there is no doubt that Japan is on the forefront of culinary tourism, and the likes of London and Paris trailing as foodie destinations, Macau is not that far behind. With a total of 28 stars under its belt, it comes as no surprise that the first ever Michelin Guide street food festival took place in Macau.

As the excitement builds, we take a look at the rich history that has cultivated the international food scene for more than a century. It’s true—the first “Michelin Guide” was published in 1900 as a list of information including where to find meals and accommodation and was aimed at touring motorists on holiday in France. It was an initiative by Andre Michelin, the then co-owner of the Michelin Tyre Company.

The popularity of the “Michelin Guide” rose to the point that that Michelin set up a team of inspectors who would anonymously visit restaurants and rate them on a three-category basis, now known as Michelin Stars, for restaurants outside of Paris. This new three-category classification system was soon extended to Paris and by the 1933 edition, 23 restaurants in France were rated with three stars. It was further extended to cover other European countries and although the system was dropped for a while, the 1951 edition saw the return of the three-star rating system, but with more strict guidelines and fewer restaurants holding the three-star rating. You might remember how British celebrity chef Gordon Ramsay admitted to crying when he lost two Michelin stars at his prestigious New York restaurant, The London. Bestowing a star to a restaurant manifests the meticulous curation of the quality of the products, mastery of flavors, cooking techniques, value for money, dining service, and consistency of the dishes all to such a high level that acquiring a star is indeed a supreme achievement for a chef and the restaurant.

2 Stars – Excellent, worth a detour

1 Star – A very good restaurant in its category

An additional fourth category is the Bib Gourmand. Named after the Michelin Man, whose name is Bibendum, the restaurants are usually rated on the scale of “forks and knives”. The forks and knives rating is given to all restaurants recognized in the guide, and range from one to five. One fork and knife being “quite a comfortable restaurant” and five being ” a luxurious restaurant”. Congratulations, you passed our Michelin 101—now it’s your turn to be the critic and head to these dining destinations. How often will you get to savor the best of the best cuisine in the region? We don’t even need to travel to taste the authenticity of the dishes because they’re coming straight to us in Macau. It’s truly amazing how this small city has transformed into a magical dining destination! 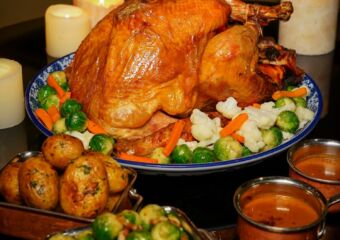 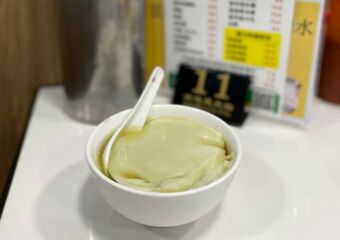 Best Places to Get Tofu Pudding in Macau