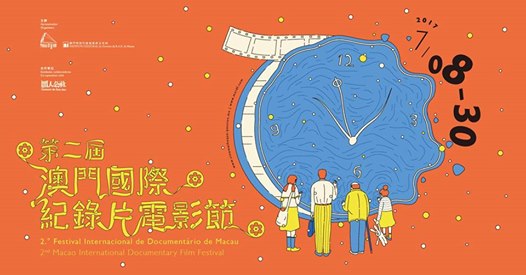 The 2nd Macao International Documentary Film Festival (MOIDF) is a collaboration between Cinematheque Passion and Comuna de Han-Ian. With “Time” and “Growth” as the two main curatorial concepts, and “Image of Time” as the theme, 27 outstanding documentary films from different places in the world will be featured in Macau.

The festival will also feature other award-winning documentary films, including “Still Tomorrow” (Best Chinese Documentary at the Amsterdam Film Festival), “Life, Animated” (nominated for the 89th edition of the Oscar Awards), “Le Moulin” (Best Documentary at the Golden Horse Awards 2016) and “Snuggle” from Hong Kong.

Naomi Kawase, the festival’s “Director-in-Focus”, has been critically-acclaimed as the most important contemporary Japanese director. 6 documentary films by Naomi will be shown, including “Embracing” (1992, awarded at the Yamagata International Documentary Film Festival 1995), and “Suzaku” (awarded the Caméra d’Or at the 50th Cannes International Film Festival when she was only 28).