It’s time for gatherings with family and friends during the Mid-Autumn Festival, and one of the festive activities is moon appreciation. The Cultural Affairs Bureau has crafted a selection of viewpoints suggestions from where people can watch the moon and all its surroundings. Despite the dense urban environment, there are actually many good spots for appreciating the full moon, some of which not only offer spectacular views of the moon, but also the iconic cityscape of Macau. Let’s enjoy a cosy evening with family and friends this Mid-Autumn Festival with mooncakes and lanterns!

At an elevation of 62.7 metres above sea level, Penha Hill is located on the east of the Inner Harbour and the west of Nam Van Lake. It is also next to Barra Hill, which is on its southwest. On the east side of Penha Hill is the official residence of the Portuguese Consul General in Macau (Former Hotel Bela Vista). Perched on top of the hill, Our Lady of Penha Chapel was built in 1622 and once served as the residence of the Bishop of the Diocese of Macao. Featuring the spire of a Gothic church, it has been praised as “a building of architectural value”, and is listed in the Classified Immovable Properties. Overflowing with plants, the hill is a tranquil and pleasing place for visitors to enjoy great views of Praia Grande.

At 223 metres above the ground, visitors can enjoy amazing 360° views of Macau Peninsula, Taipa and Coloane, from the Observation Decks of Macau Tower. Brave visitors can also experience the thrill of taking photos from above through the laminate glass floor of the Observation Lounge, overlooking the traffic on the ground. In addition to the great views during the day, visitors can also enjoy the sunset and twilight, brilliantly lit lights or the moonrise during the Mid-Autumn Festival, creating more memories of the trip to Macau.

The leisure area on the Taipa Waterfront offers a large number of leisure facilities, including a jogging track, bicycle track, children’s playground, workout area and recreational facilities. Bicycle rental services are also available for visitors to enjoy the Taipa coastline while cycling. On mid-autumn nights, visitors can enjoy the moon from the quiet seawall, a perfect place for busy city dwellers to relax and relieve stress.

Also known as “Lou Yun” (Lou’s Garden) and “Lou Kau Garden”, Lou Lim Ioc Park was named after the son of Lou Cheok Chi, a wealthy merchant of Macau in the 19th century. It is the only park on the Macau peninsula landscaped in the style of classical parks of Suzhou and Hangzhou in China. Acquired by the Macau Government in 1973, the park has elegant pavilions, ponds, bridges, grottos, water cascades, curiously-shaped rockeries and winding corridors. The architectural elements of its Chon Chou Tong Pavilion and park walls, styled after that of Southern Europe, blend in harmoniously with its classical layout. The park is indeed an embodiment of Chinese and Western influences, which also characterises the uniqueness of Macau’s culture. Every year during the Mid-Autumn Festival, residents and visitors come to the park to enjoy the moon, mooncakes and lantern riddles amidst the ancient and elegant scenery.

Acclaimed as one of Macau’s Eight Scenic Spots, the Taipa Houses represent the charming Portuguese architectural style in Taipa. The Portuguese residences along Avenida da Praia, together with the neighbouring Our Lady of Carmel Church and the garden, comprise a picturesque landscape in which the five greenhouses stand out as the most representative.

In 2016, the Macao SAR Government re-capitalised these five buildings by transforming them into the “Macanese Living Museum”, “Exhibitions Gallery”, “Creative Casa”, “Nostalgic House” and “House for Receptions” from west to east, respectively. This project has converted the place into a combination of culture and creativity, with outdoor performances and leisure elements, making it a showcase of not only the culture of the Portuguese-speaking countries but of culture from all over the world.

How much: Free admission for most of these spots* 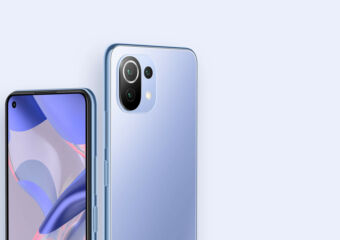