LA COMEDY LIVE and ADRIAN BOHM PRESENTS announce that Trevor Noah, host of the Emmy and Peabody Award–winning program The Daily Show in the US, is in Hong Kong on 21 August, 2019 at the Grand Hall of Hong Kong Convention and Exhibition Centre for the first time with his new stand-up show Loud and Clear.

Noah recently won Best Host at the 2017 MTV Movie & TV Awards, as well as a Creative Arts Emmy Award for Outstanding Short Form Variety Series for his hosting role on The Daily Show – Between the Scenes. But his roots are actually in stand-up comedy. He toured his first one man show in 2009. His second show The Racist was a sold out run at the 2012 Edinburgh Fringe that became one of the most talked about shows at the Festival that year. Noah now sells out arenas around the world and is one of the most successful comedians in the world.

In 2016, Trevor released his first book Born a Crime: Stories from a South African Childhood which became an instant New York Times bestseller. As well as receiving many awards, his book is now being made into a film starring Oscar winning Lupita Nyong’o. Trevor’s explosion onto the entertainment scene has been nothing short of meteoric, taking on TV, radio and his first love, stand-up comedy.His sharp wit, intelligent commentary, unmistakable charm and clinical delivery have established him as an extremely popular performer with undoubted world-class potential.

Noah is the most successful comedian in Africa and has hosted numerous television shows in his homeland South Africa, including two seasons of his own late night talk show Tonight with Trevor Noah. He made his US television debut in 2012 on The Tonight Show with Jay Leno and has also appeared on The Late Show with David Letterman, becoming the first South African stand-up comedian to appear on either show. In 2015, Noah was named host of The Daily Show, taking over the role from legendary Jon Stewart. Don’t miss Trevor Noah when he goes to Hong Kong! 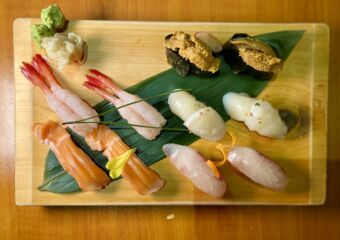