Air pollution in Macau is something that we cannot ignore, especially during winter and early spring when it usually gets worse. Although we know that it’s harmful, it doesn’t mean that we should just acknowledge it and surrender in despair. To arm you against a nearly invisible enemy, we gathered some tips and life hacks that will reduce your exposure to air pollution in Macau whether you are a resident or just visiting.

What you should know

The list of negative health effects harmful particles and gases that we breathe in is, unfortunately, rather long and ranges from instant effects such as irritated eyes, cough, and headache to various forms of cancer and heart disease. While the majority of the population normally doesn’t notice any instant effects of air pollution, children, senior citizens and people with respiratory and cardiovascular conditions can suffer serious consequences.

Although the main contributors to the air pollution in Macau are the factories from the highly industrialized region across the border, Macau itself has some pollutants inside its borders that make matters worse. Mainly, the increasing number of automobiles (over 240,000!), the traffic they cause and a lack of parks and greenery are to blame, according to Macau News. On the bright side, China is taking more and more steps to become greener. That includes the closure of coal plants and prioritizing renewable energy. From the world’s number one polluter, China has recently become the world’s largest’s producer of solar panels, electric vehicles, and wind turbines. Thus, expect clearer skies all over China and the Macao SAR in the future! Meanwhile, it wouldn’t hurt to know some tips on how to live through occasional smoggy days. Take care of your skin

Being a natural barrier from the environment, your skin suffers a lot from air pollution. The harmful effects of a particular matter, ozone, and aryl hydrocarbon receptors can span from inflammation to premature aging and even cancer. Luckily, the beauty and cosmetology industries have been coming up with ideas and recommendations on how to protect and recover your skin.

First of all, make sure to regularly nourish and moisturize your skin. This will strengthen your natural skin barrier and incorporate products with antioxidants such as Vitamin C and E. Cleanse it daily and exfoliate occasionally to get rid of dead skin without damaging the skin barrier. Never leave the house without applying a UV protection cream either. Some of these sun creams will keep your skin safe not only from the sun but also from dust particles in the air. When it comes to daily skincare and make-up, look into brands that have included anti-pollution complexes in their products such as Clarins.

Get yourself a mask

Staying in every time the air quality decreases is not always an option. To protect yourself from airborne particulate matter, it would be a good idea to buy a mask. From a large variety on the market, the most common one is the 3M N95 mask. Easily transportable, it filters no less than 95% of particles larger than 0.3 microns (not to get deeper into technicalities, that should be enough). Unlike the surgical mask, 3M N95 can be reused as long as it is not soiled or distorted in shape. It’s handy to be aware of the current conditions to help you plan the day and take appropriate measures. So download one of the weather apps onto your phone that reports on the air quality index. It goes from 0 to 500, where the higher the index, the more polluted the air is. The scale ranges from “good” to “hazardous”, where “good” and “moderate” mean no or little health effects. When it reaches the level of “unhealthy”, everybody might experience some health effects. In that case, minimizing outdoor activity or at least wearing a mask outside would be ideal. Try Today Weather (available on iOS and Android).

Invest in an air purifier

Unfortunately, pollution is not an exclusively outdoor phenomenon. One way to reduce its level is not to open the windows on smoggy days. But this measure won’t guarantee fresh air anyway. One thing that will significantly improve it is an air purifier. Basically, it pulls in polluted air, filters it and then releases the purified air back into the room. Aim for those that have both HEPA filter to remove the particles and an activated carbon filter to fight the harmful gases and make sure the air purifier is powerful enough for the size of your room. Besides, an air purifier also filters out pollen, dust, pet dander, and mold spores, making the air inside your home healthier for everyone, especially people with asthma and allergies. Planning a jog, but a treadmill is boring to you? Try scheduling your run early in the morning or later at night when ozone levels are lower. Don’t run along the trafficked roads as that’s where the air is highly saturated with carbon monoxide.

If you wish to explore Macau’s landmarks, try not to schedule long walks during peak hours. That’s when the air quality index is normally the highest. With this tip, you would also skip jostling with big tourist crowds.

Reduce your contribution to air pollution

Last but not least, let’s not forget that pollution doesn’t appear by itself and there are many ways to reduce your contribution! Walking or taking a public bus instead of driving a car, not burning garbage outside, using less energy by turning off the lights and electronic devices when not in use are some of the easy steps to take that can make this air we all breathe a little better. 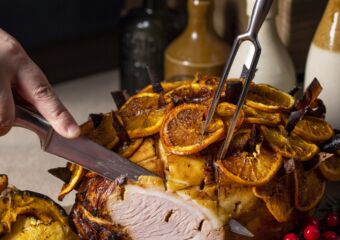 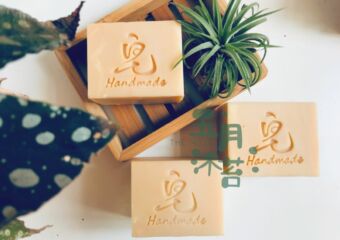