John Varvatos is a brand that’s known for its style, aesthetic and sophistication. Varvatos’ love for music translates to their amazing campaigns that always have a rock star edge. After all, what man doesn’t want to feel like a rock star at some point in his life? Their newest cologne comes from a collaboration with non-other than Grammy-nominated, multi-award winner Nick Jonas. The Disney kid has grown up and matured into an amazing performer and last year, made his first foray into the world of fashion and fragrance with the help of John Varvatos. Back in 2018, the pair’s first concept collaboration was centred around Varvatos’ home town of Detroit. It is said that Jonas had no plans to branch out into fashion, being predominantly an actor and musician. However, after they met at a dinner party, he felt drawn to John Varvatos’ creative energy, and so they began working together. Inspired by the thriving music scene and epic nightlife of Detroit, the city which was the backdrop to Varvatos’ life and the city which had captured the heart of Jonas through his many years performing there, the pair released an SS18 capsule collection. Classic leather jackets, chunky knits and Detroit tees created a collection which was sophisticated yet laid back, for what they described as “the modern man’s day-to-day look”. A creative yet understated collection, we couldn’t be happier that the two decided to work together again. For their fragrance released under the JV x NJ label, the dynamic duo took inspiration from outside of Detroit. Having both travelled profusely, the pair looked into the cultures and cities in which they want to immerse themselves in. Pinpointing the moment when dusk settles and the first glimmers of nightlife start to sweep across the skyline, it is a moment that happens in all cities. No matter which city, it seems a fitting starting point for the year’s most irresistible contemporary and cosmopolitan cologne.

The concept is sound, the brand is trustworthy, so of course you’d want to know the fragrance notes. Described as confident and contemporary, the sophisticated scent exudes it. At first sniff, you’re hit with a clean and watery freshness that is ever so calming. The cool freshness is created by top notes of mandarin and kaffir lime leaves, spiced with a sharp pink pepper, adding a surprising note but is not off-putting. After the initial opening scents, rich and diffusive woody tones begin to show. Sandalwood, the base note for the cologne, is an essential oil often associated with masculinity. It brings subtle wood and earthy tones without being too harsh. Though the focus of the scent is a modern man’s confidence, sandalwood is known for being a particularly compelling aroma for those nearby. Here, it contrasts with the sharp freshness of the opening, to add layers of warmth to the edgy scent. Though subtle, over the course of the day the fragrance begins to reveal whiffs of sage, rosemary and deeper bases of Clearwood ® and Ambrox ®. This is when you really begin to discover the complexity of the fragrance. The notes all work together to create a completely irresistible and alluring cologne. The design is inevitably stylish and contemporary, a feature which we associate with the John Varvatos brand. The signature flask bottle, adorned with a gunmetal dog-tag and hex-nut cap engraved with JV x NJ, is an ode to the rock and roll lifestyle which Varvatos so admires and Jonas lives. Pearlized with a custom midnight-blue lacquer, the overall look is one which will add edge to any dresser or table. Having taken part in the design of the bottle and packaging, Jonas has created a real signature piece perfect as the finishing touch of confidence to any modern man’s outfit. 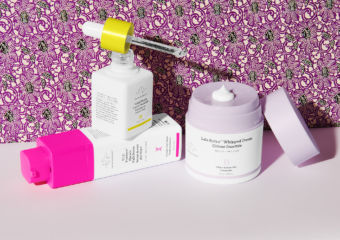 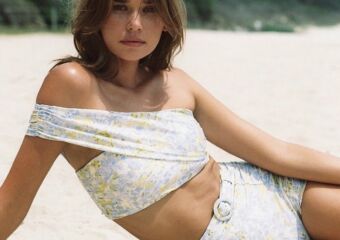 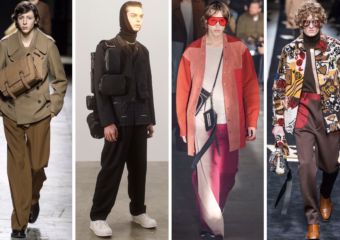 Bagging It up for Fall/Winter Menswear 2019