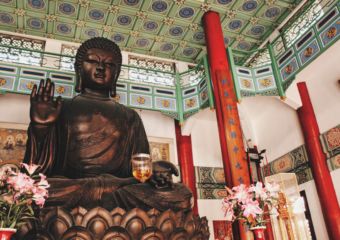 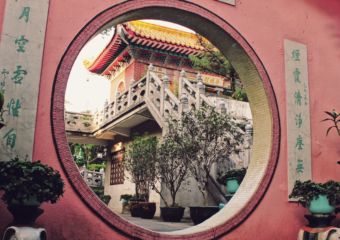 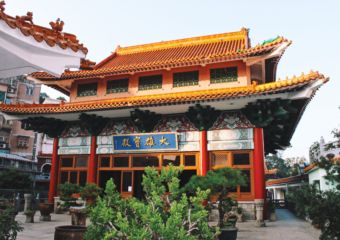 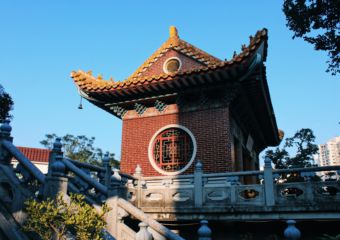 Pou Tai Un (Pou Tai Sin Un) is a Buddhist monastery in Taipa, steps away from the Regency Hotel. It is the biggest temple in both Coloane and Taipa and of the most picturesque in the whole Macau. The monastery complex has pavilions with Buddhist deities, monks’ quarters, columbaria, halls with wooden plates for the spirits, a garden, and a vegetarian restaurant.

One of the most impressive parts of the monastery is the main pavilion, the Buddhist Palace. Decorated with red wooden columns, ornamented ceiling, and colorful wall art, the main three-story hall hosts a 5.4-meter bronze statue of Buddha. A beautiful 42-handed statue of Kun Iam stands in the ground floor hall. Originally, it was a mansion owned by the Lo family before becoming a Buddhist monastery. Lo Pou San, one of Guangdong’s most famous painters lived there. After his passing, his son moved out and sold it. Later, a Master monk Sik Chi Un purchased a part of the property and turned it into a monastery.

The monastery also houses one of the only vegan restaurants in Macau, Sum Yuen, where diners can get delighted with vegetarian-based Cantonese dishes.