The possibility of capturing an image and make it eternal has changed the world forever. People, places, and events can now be widely known and remembered thanks to photography. The Macau based freelance photographer Chan Hin Io has notably been documenting Macau for over two decades now. Despite having been born and raised in Zhongshan (Guangdong province), Chan has a glaring love for the city, you can definitely tell his face lights up when going through the images he has captured of the city that has become his home. He carries his camera with him at all times to capture the cityscape and its people in a way that speaks deeply to viewers for being so pure and truthful. Some of his work is part of the Macao Museum of Art collection or can be found at the Archives of Macau. Read on to find out more about Chan, how Macau inspires him and his body of work.

What led you to the universe of photography? How did you get started?

I came to Macau 20 years ago and was a beginner at the time. I found the city to be amazing and started delving deeper into photography, spending all the time I could wandering around and shooting.

What are your first memories of photographs or photography?

Macau actually sparked my interest in it, I wasn’t so much into it before moving here. I didn’t even own a camera before! In fact, if you were to ask me to show you a pre-Macau picture by me, there isn’t a single one. You really capture the core of the city. How does Macau inspire you?

As a foreigner, I believe Macau is a very special city and provides us with mesmerizing imagery. In addition, it is ever-changing, constantly providing me with something to capture. These changes are my source, my work material that luckily, I never run out of here. I play with this and as time goes by, I’m building up a library.

What else inspires you and your work? Do you have any photographers who have inspired your work or idols in the creative world?

I’d say, Lei Iok Ting, a late Macau photographer who used to do documentary photography of the city and was great at it. He did it out of passion, not for money. You can find his work in libraries and the Macau Archives too.

How would you describe your style of photography? What camera and lens do you usually use to shoot?

It’s not easy to define. I’ve done a lot of documentary photography, but that’s not all. I carry my camera with me at all times. I capture people’s lives too. I like to tell stories with my pictures. Besides this, sometimes I venture into other art forms as well.

For daytime shooting, I use a Canon 24-105mm with aperture 4. For night time I’ll use my Canon with a tripod. Fujifilm kindly gifted me their model GFX100 with a resolution of over 100 million pixels that I’ve been trying out too! It’s unbelievable what you can do with it. Recently I went to Taipa waterside, close to where works are undergoing now in order to further claim land from the river and took a series of pictures of dead fishes with the Fujifilm. The images are so vivid that you can’t take your eyes off of them. Which is odd if you think–a vivid image of a dead fish. And then, of course, there are the drones of which I own five different ones. You’ve been photographing Macau for years and know it from within. How do you feel about the deep changes the city has been through?

First of all, I love this city. Back then in Zhongshan, opportunities were lacking and I felt like there was not much I could do there. Unexpectedly, I got my Macau ID in 1990, which was great.

The work I do is not for myself, it’s for the city and I will keep doing it as long as I live. Naturally, Macau is not perfect. I can identify many issues such as the space available for everyone is becoming less and less, artists are struggling every day and need more support from the government.

When did you start exploring drone photography and why? Do you ever feel surprised when having a first look at your aerial shots? A bird’s eye perspective provides such a broader perspective.

I started doing aerial shots back in 2004, with the help of something else–a helicopter that I rented out! I’m glad I have done it since back then because now I can compare those shots with the current and most recent ones. And that’s where all of this gets really interesting and with a clear insight on the past and present.

However, besides other obvious advantages, the drone works much better because it provides a perfect downward or top to bottom perspective, unlike what happens while aboard a helicopter. I started shooting with the drone in 2015 when I felt that the technology was stable and reliable. Nowadays I spend so much of my time doing aerial shots. I often feel impressed when looking at these shots and I find the images incredibly artistic, their potential is immense. Due to Covid-19, recent times have been difficult for Macau and will be an important part of its history. Have you been documenting these unusual days? What have you noticed? Any insight you’d like to share?

I’m trying to stay positive and I believe we can overcome this soon. We will learn something from these harsh times and possibly come out stronger. Should we succeed in fighting the outbreak, Macau will set itself apart as an example of how to deal with something like this and I’d like to show my respect to the Macau government for this.

I’ve been documenting it since the unfortunate event started. From a photographer’s angle, it’s a good opportunity to document. We have a Chinese saying about this which goes along the lines of “whenever we face miserable times, poetry thrives or blooms”. Poetry could mean any form of art really. As a citizen, naturally, the whole situation saddens me.

As a local, what are your hopes for the city’s future? In particular its creative industries.

Generally speaking, I have faith in our current government and I believe the future will be good. We get so much support from Mainland China as well. However, when it comes to the arts field, and particularly for upcoming artists, I can’t be so optimistic. We still rely mainly on the hospitality industry and the arts don’t get the space they deserve. It’s not easy to get by as an artist. You’re one of the most prolific photographers in Macau. What does it take to get there? Many young photographers aim to reach that stage in their career. Do you have any advice for them?

Honestly, I cannot advise young people in Macau to pursue the same path I took. It is so tough to make a living out of it. You can get rich doing photography but not this kind of photography. How many Macau artists that make a living by selling their artwork can you name?

I didn’t study much, to be honest; I dropped out of school after sixth grade. I don’t recognize that there’s talent, nor am I a photography prodigy. However, there’s one attribute I won’t deny–I’m a hard worker. Photography takes all my time and this is only possible because I have a true passion for it. It’s also worth mentioning that anytime I faced any issues in my career and projects I wasn’t shy to reach out to others for some help and guidance.

I was supposed to be teaching workshops this month but those had to be postponed until better days come. I’m also planning on a solo exhibition in China this year but at the moment it’s still unclear when that will take place. What we most loved about Chan Hin Io’s work and himself was this almost palpable love for Macau. We left and wondered…beyond the obvious identity card, what makes one truly a Macau local? And what makes a place so special that it becomes a part of you, embedded in your own identity? It’s hard to tell. However, we know, as Chan knows, Macau is that special. He is able to capture fractions of time in which the viewer is able to deeply connect to the places and people in their raw and effortless gleam. And if Macau is embedded in yourself as well, as you observe his photographs, you can’t help but nod and smile, well aware of this city’s idiosyncrasies. 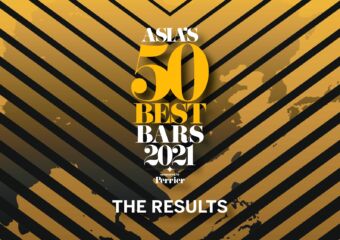