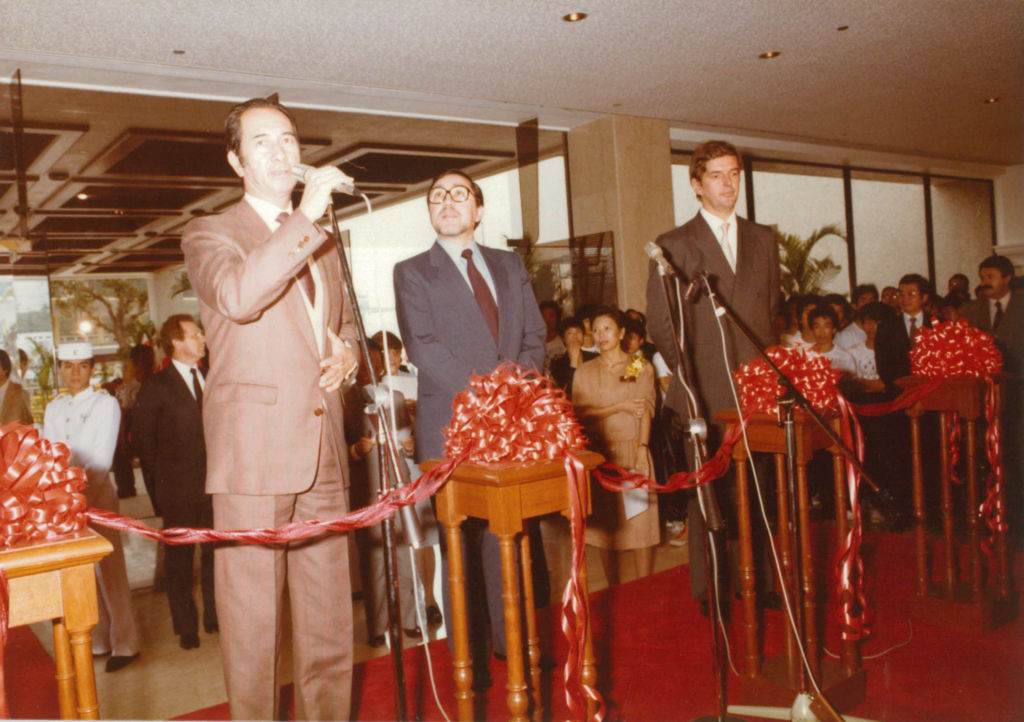 The building that is now the Grand Lapa, Macau has seen a lot of changes in these past three decades, dating back to 1984 when it first opened its doors. Besides being one of the city’s most iconic buildings, it is said to have one of the best pools in Macau. The interior is evidence of the founder’s admiration for Portugal evident in its restaurants, interior decoration, Portuguese symbols and names that make up the place. Its main bar is called Vasco – Bar and Lounge (in a homage to Vasco da Gama), there is a Café Bela Vista (translated to “nice view”) and a clear Portuguese feel in the air.

Made with wood, the huge staircase and the window are both relevant elements, but also the paintings across the whole property; its maritime-themed decor is a clear and happy reference to Portugal’s history, especially the Discoveries’ period. Antiques and art go hand-in-hand at Grand Lapa, Macau, and there are details that have been there since its heydays, in the 80s. 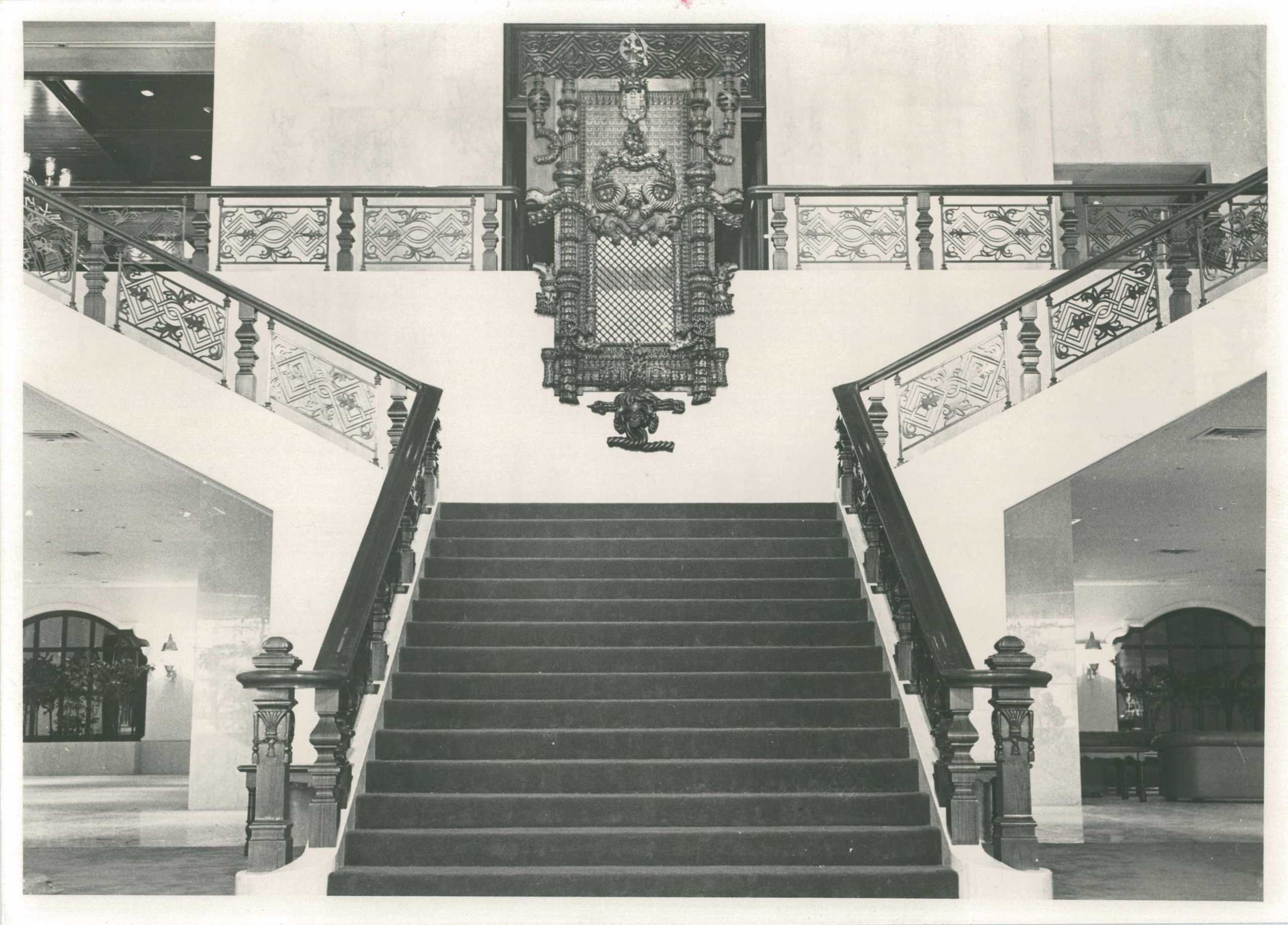 Boasting a perfect replica of the Window of Tomar (Janela do Capítulo, in Portuguese) since the very beginning, Grand Lapa Macau bears Portuguese culture in its identity. The original of the said window is one of the most important details of the Convent of Christ, in Tomar city (Portugal).  Its entrance and reception are sumptuous and beautiful, a remembrance of Portuguese culture and Macau’s connection to it.

Grand Lapa, Macau–previously know as Mandarin Oriental Macau–was named Excelsior when it first opened. Water ran really close to the building. Few still recall those Macau days, and photos are the only proof that remains (see image below) of Excelsior as a waterside spot, like many others in the region. An accommodation landmark in Macau, this hotel was built in the 70s and can be found in international magazines regarding lodging in the city, as the below image shows.

Opened under the name Excelsior on April 13, 1984 and subsequently changing denomination to Oriental, then to Mandarin Oriental, it finally became Grand Lapa, Macau in 2009. It was managed by the Mandarin Oriental Hotel Group until January 2014. On February 2014, Artyzen Hospitality Group took over the management. However, there is more to this story than meets the eye: Excelsior hotel’s (later Bela Vista hotel) first location was actually the house now used by the Portuguese Consul as a residence in Macau. In the late 1980s, Excelsior Hotels took out a 25-year lease on the hotel from the local government and refurbished it.

After becoming Bela Vista, the hotel started being managed by Mandarin Oriental Group from 1992 until its closure. In 1999, it closed as a hotel and was sold to Portugal who converted it into the Portuguese Consul’s home when Macau was handed back to China in December 1999.

Relocating and becoming something new

The now Grand Lapa, Macau had several refurbishments along the way. The hotel was partially purchased by Stanley Ho in 2009 upon renaming. Presently, it comprises of 416 rooms including 388 rooms, 26 suites with a balcony and two presidential suites. Ho is known for having a special place in his heart for Portugal and the country’s culture. Known as Macau’s “casino king”, Ho’s major properties are almost all somehow connected to Portugal: Lisboa Hotel, Grand Lisboa Hotel and Grand Lisboa Palace are a few examples in the region, but he also owns Lisbon and Estoril casinos, in Portugal, among several other properties across the world.

Taking inspiration from the hotel’s historic legacy, the design of each guest room embraces the artistic and cultural fusion of East and West. With a relaxing blend of timeless tones and rich comfortable furnishings, these rooms provide wonderful views stretching over the resort, with glimpses of the South China Sea. We had a chat with the hotel’s General Manager, Rutger Verschuren where he talked about its design and architecture, the embracing of Portuguese and Chinese cultures combined into an intercultural and classy sense of place: “The hotel welcomes guests in an ambience that embraces Macau’s Portuguese-Chinese cultural identity and spirit”.

The hotel’s founder collaborated with Eric Cumine & Associates, Hong Kong for architecture and Hong Kong Land Interior Design Department led by JJ Hamish Cowperthwaite & Lad Paac for interior design. In the early days, the hotel was located at the seaside, where Café Terra Sol provided a lovely all day dining venue at the waterside, while Dynasty served exquisite Chinese cuisine, Caravela lounge afternoon teas and Guia Bar evening drinks. Later on, the Embassy Bar opened, which was known for a wilder evening scene, till management closed the bar and created a more sophisticated Vasco – Bar and Lounge on the 2nd floor. Portuguese All the Way

“A lot has changed over the years, and we now have now a fantastic colonial restaurant Café Bela Vista as well as the Cantonese restaurant Kam Lai Heen on the second floor, and Naam, the renowned Thai restaurant overlooking the tropical resort. The resort was built on reclaimed land around the year 2000, and designed and landscaped by Belt Collins International (Hong Kong) Limited”, added Verschuren.

He also explained that the typical Portuguese design awes many hotel guests and locals alike. Interesting to know is perhaps that the start and finish of the world famous Grand Prix was at the hotel entrance, and that there was always a large audience watching the races from there, till a racing car’s wheel rolled by, and the spectators were moved to the large terrace on the 5th floor for a better view of the races.

In the 80s, “Macau was still considered a part of Portugal, and it was the vision of the founders to create a hotel that reflected this, and that served only the best available”. Today, they have one restaurant and one bar that still ties into Portuguese culture. Serving as a reminder of the city’s “colonial past”, Café Bela Vista and Vasco – Bar and Lounge are full of symbols into the memory of the Portuguese.

You might find it interesting to know the names and ingredients of the unique cocktail menu at Vasco – Bar and Lounge are also inspired and related to seafarers voyages from Portugal to the East, passing Africa, India, SE-Asia and onwards, linking Europe and Asia by an ocean route. “Today, his memory and spirit live on in Vasco”, Verschuren explained.

If the name Grand Lapa, Macau is still puzzling for you, its general manager clarifies: it really is inspired on the Lisbon’s district with the same name! “From high atop one of Lisbon’s many hills, Lapa commands panoramic views of the Tagus River, and is home to the palatial mansions of many of Portugal’s socialites and celebrities”. Grand Lapa aims to “embrace the lifestyle of aristocrats who live there”, according to Verschuren.

35 years have passed and the building remains one of Macau’s most memorable and iconic accommodations throughout the city’s history. For more information, check their website. 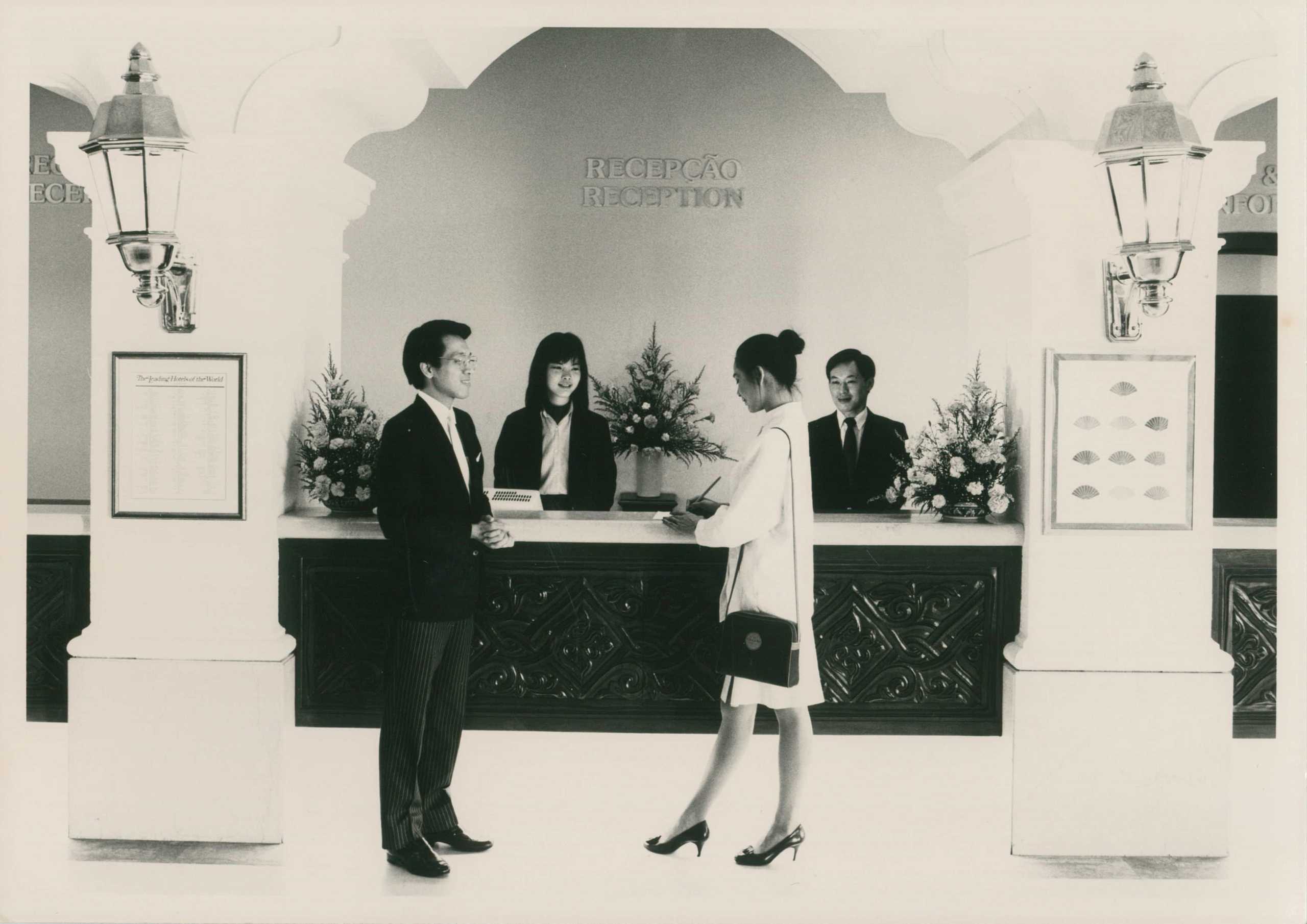 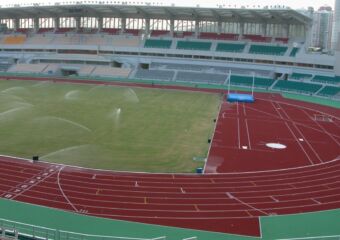