We all know that in this small city every single corner has a story to tell. In a city that saw 500 years of exciting historical moments, from the first arrivals of the Portuguese on the 15th century to the troubled years of World War II, the East and the West have been meeting, plotting, and even marrying, in Macau. The story we bring today however is a lot more subtle. No great adventures, pirates or political cups. Instead, we are focusing on one of the core avenues of Macau. Avenida de Almeida Ribeiro or, to any local, San Ma Lou.

Depending on when you first arrived in the city, San Ma Lou might represent different things to you. It might be the place where you went as a child to the Creamery Vaquinha (Portuguese for little cow), to drink a delicious milky concoction and eat an afternoon snack, it might be the street you have to cross every day to work, one you must visit to go to the bank or take a nice selfie by the Senado Square fountain. But, as you look up to the towering buildings like BNU (Banco Nacional Ultramarino) or Bank Of China, you might feel curious to know how it all started.

The construction of San Ma Lou was not a consensus, not by a long shot. As the city was growing and the international innovations brought by the 20th century were reaching this little enclave in the East, the government decided it was time to link what was then known as the Chinese and Christian cities. In order to do that, a long avenue was drawn connecting Praia Grande to the Inner Harbour, and a series of important demolitions on each side of town. Relevant figures of the time had houses which occupied the land needed for the construction to go ahead and the important “Chinese Bazaar” was also in the way.

In a talk given not long ago at the Rui Cunha Foundation, local Architect Carlos Marreiros, said that one of the big issues was related to feng shui. For the local Chinese, most of Macau’s good fortune, was depending upon a great dragon, a shape that was naturally drawn in the map of the enclave forming nine auspicious curves. The new avenue would cut the dragon therefore putting the future of the city in peril. Thankfully, the wheels of progress spoke louder than superstition and in 1918, five years after the initial proposal, the great San Ma Lou was given the green light. If you’ve been in Macau for more than a few months, you would have noticed that streets and roads have at least three names. They have their official Portuguese name and translation to Chinese then they have the names people actually use, which tend to be different from the first two.

With Avenida de Almeida Ribeiro, it is no different. The street was named after a Portuguese official who hadn’t actually set foot in Macau but signed the official order that granted the funds to the project. The official Chinese translation, marked on the street itself is phonetic and reads 亞美打利庇盧大馬路 ( a-mei-ta-lei-pei-lou-tai-ma-lou, the three main characters meaning main street or avenue). However the name any taxi driver will understand, locals will use and most Portuguese still call it–although most probably mispronounce it–San Ma Lou, a much easier name that translates simply to “the new street”.

The most obvious building on San Ma Lou certainly is the Senado building. Home to the IACM, the Leal Senado as it was known then, was first built in the 16th century but it was in 1940 that it gained the façade we now know and love.

Perhaps one of the great tenants of the great new street was Hotel Central. Today it might be a small building in ruins, but at the time of its opening it was certainly grand, with lifts, great restaurants and a patio. High enough to be seen from most areas in the city, the Hotel Central was where great legends who visited Macau stayed and enjoyed the charming city. Ian Fleming, author of the James Bond saga was a guest and it is said to have been inspired to write Gold Finger there.

Another great building was, and still is, the BNU. Banco Nacional Ultramarino open its doors in 1926, turning the Avenida into the new economic hub of the city. Prior to 1997, its pink façade was relatively low profile, but it is now a skyscraper that’s hard to miss.  Besides the Post Office an important institution of any city, there was the Apollo Cinema. This building that is now unfortunately, in ruins, was an important mark of the street until not that long ago.

Despite the great institutions like the Post Office and BNU opening its doors, San Ma Lou would not be complete without what had been the city’s lifeline for years. The Kam Pek Casino, gone for over 15 years, was once the heart of nightlife attracting locals and visitors alike with its unique Fan Tan table game.

So, the next time you go up and down the busy street just remember, you are walking on living history. Take care to note which shop goes where because, most probably, it will look different next week. One of the great things of our favorite town is that it is ever-changing. 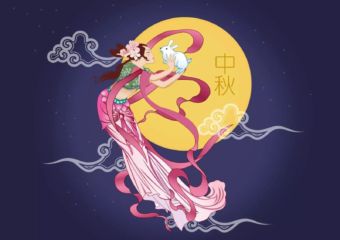