A major event in the city, Art Macao showcases the local art scene in all its glory and diversity of genres such as visual and performing arts. Music is a universal language and a powerful connection tool that helps cultural exchange and brings people with different backgrounds together. One of the main ambassadors of this idea is Macao Orchestra that has recently opened a new season with an outstanding concert. What else is Macao Orchestra presenting in the 2019-20 season and what shouldn’t be missed? Keep reading to find out.

Macao Orchestra (MO) was initially founded in 1983 as a private chamber ensemble, gradually growing through the years. In 2001, it developed into a medium double-winds orchestra. Currently, the MO has 63 musicians from more than ten countries and regions, including the USA, France and Spain. Since 2008 MO started the concert season, making the upcoming 2019-20 its 17th.

One of the milestones in the orchestra’s history is the appointment of Lu Jia. Coming to lead the orchestra as a music director and principal conductor in 2008, maestro Lu Jia brought his approach and expertise in Western music. His career launched in Italy where he was appointed a position of music director at Trieste Opera being only 26 years old at the time. He was also the first Chinese musician to conduct the Chicago Symphony Orchestra, a once voted the best orchestra in the US and the fifth-best in the world. Needless to say, Lu Jia’s appointment started a new era for the Macao Orchestra, opened new doors and broadened the horizons.

The previous season was marked with the 35th anniversary of the orchestra and some unforgettable performances such as Bruckner’s Symphony No.8 that is known to be challenging in the musical world. Moreover, MO had a chance to share the stage with many renowned musicians–Chinese violinist Tianwa Yang, pianist Barry Douglas from Northern Ireland and others. The bar was set high, so this season 2019-20 Macao Orchestra is not planning to slow down. To inaugurate the upcoming season, Macao Orchestra presented a brilliant program of Dvorak, Shostakovich and Tchaikovsky inviting Alban Gerhardt, an awarded German cellist. With such a dazzling start, Macau classical music aficionados should not expect less than a successful season.

In its 17th concert season, MO celebrates the genius of Ludwig van Beethoven and his 250th birthday. There are grandiose plans that include many spectacular events in Macau and abroad, featuring some of the world’s acclaimed musicians. Lu Jia has announced that the orchestra will complete nine symphonies by Beethoven, including the rare No.3 and No.8 by this season–not to be missed!

One of the season’s highlights must be two consecutive July performances that together will have all five piano concertos by Beethoven. To close the season on a high note, the piano part will be lead by Rudolf Buchbinder, a legendary artist with precise technique. This role could hardly fall on a better candidate, considering that Buchbinder is known to have played all 32 of Beethoven’s sonatas in 40 cities around the world.

Other remarkable guest musicians include Rainer Honeck from the famous Vienna Philarmonic Orchestra, German soprano Anna Karmasin, mezzo-soprano Susan Zarrabi and Christian Lindberg, one of the world’s most acclaimed brass soloists. Rainer Honeck will join MO as both conductor and Stradivari violin soloist for a series of two concerts featuring Beethoven and Mozart. Besides the concerts at home, MO often participates in international music festivals and events. Thanks to its growing reputation abroad and Lu Jia’s experience in opera, Macao Orchestra is also often invited to play for opera houses in the mainland. To extend the repertoire and initiate a cultural exchange, the Macao Orchestra often teams up with other ensembles for joint performances. Last season, MO collaborated with Shanghai Philharmonic Orchestra to play Bruckner’s “The Eighth Symphony in C Minor”, and with Shenzhen Symphony Orchestra presenting “An Alpine Symphony” by R.Strauss.

The new season will not be an exception. After the opening concert, Macao Orchestra is heading to Portugal to participate in four major cities with Tchaikovsky’s Symphony No.5 to celebrate the diplomatic relationship with Portugal. Before 2020, the orchestra is also set to play in Beijing and Zhuhai with The Yellow River Cantata. One of the most important roles of MO is its role as a contributor to the artistic community. To engage more of the local audience into the beautiful world of the orchestra music, MO often performs in various venues around the city for free and participates in cross-disciplinary events, bringing performing and visual arts together and promoting the rich culture of Macau.

In 2020, MO will bring some of its concerts to a World Heritage site, St. Dominic’s Church. What makes it even better, all of the concerts there will be free of charge which makes them even more accessible for everyone. Just make sure to keep an eye on the calendar.

Another important MO’s contribution is its dedicated support of youngsters. Providing talented youth a platform to perform and an opportunity to play with a professional orchestra, Macao Orchestra truly nourishes a new generation of Macao classical musicians. This year, they will continue supporting the winners of the Macao Young Musicians Competition and will hold a concert with a Russian piano player Pyotr Akulov, a 13-year old winner of the 2nd Zhuhai International Mozart Competition for Young Musicians.

The other initiative is “The Future of Classical Music”, a program that allows students to join the orchestra for rehearsals, observe the professional musicians and receive some guidance. The rehearsal period concludes with a performance at the University of Macau.

Check the upcoming concerts of Macao Orchestra on their official website. Your Ultimate Guide to Art Macao 2019 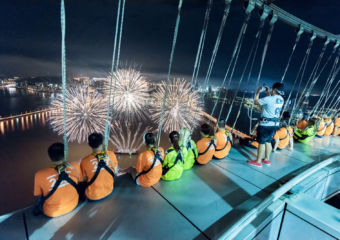 HUSH!! Full Music: Everything You Need to Know About Macau’s Hottest Music Festival 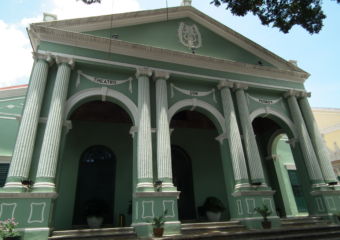