The Aesthetics of Ju Ming’s Sculptures at MGM Cotai MGM is committed to promoting art and culture to the public. With the belief of art and life are inseparable, MGM presents Celebrating Life – Ju Ming Living World Sculpture Selling Exhibition to kick start as the company’s first public art project of the year. From now to April 7, the internationally renowned artist’s Living World series will be exhibited at MGM Cotai. The series features Ju’s survey on human relationships with an emphasis on the aesthetic concept of merging art into life, and life into art, which is in perfect harmony with MGM’s mission in making art more accessible to the public.

The Living World series is one of the most iconic series of Ju Ming’s, conveying Ju’s exploration on human sentiments using vivid and lively images and postures, with numbers of works particularly depicting traditional family values. Inspired by his multicultural experiences and over 30 years of development, Ju Ming applies both traditional and contemporary materials, such as wood and stainless steel in this series. The wood carving sculpture is the most significant, for Ju carves directly on a log with his signature sharp cutting strokes that create one-of-a-kind works. MGM is proud to exhibit over 40 pieces of unique wood carvings made by Ju, including painted wood, black and white painted wood, as well as wood relief sculptures, making it an extraordinary, must-see exhibition.

Ju has begun working on his Living World Series with his colorful Painted Wood sculptures. During his early apprenticeship, Ju was trained in the practice of painted carvings, continuing this traditional legacy. He also assimilates traditional wood carving techniques with modern abstraction to depict social phenomena, and preserve traditional virtue of filial piety.

Ju later shifted his focus to black and white Painted Wood and Wood Relief sculptures, as well as sculptures left in their original raw wood color. His intention in using a minimalist palette is to give more attention to the carving of the works, capturing the essence and gestures of his subjects in the series. The artist also twists and rolls stainless steel sheets, giving the stainless steel sculptures a complementary sense of hardness and softness, like the wood sculptures.

Born in 1938, Ju Ming is an internationally renowned Asian artist and master of modern sculpture whose works provide inspirational and exquisite forms, reminiscent of strokes used in Asian painting and calligraphy. The maturity of his sculptural language and aesthetic incorporates the free expression of forms and feelings, and embraces simplicity and environmentalism. Ju channels his life philosophy and approach in his works, by reconciling the traditional woodcarver’s technique with modern techniques and modes of abstraction. From 1953, Ju was under the tutelage of master wood carver Lee Chinchuan studying painting and wood carving techniques. From 1968 to 1976, he studied modern sculpture with Yuyu Yang, a significant sculptor and pioneer of the modern art movement. In 1980, Ju left Taiwan for New York City to pursue more opportunities overseas. Ju’s works from his Taichi Series and Living World Series were exhibited in New York City during this time. In 1999, Ju announced the official opening of the Ju Ming Museum in Taipei. The mission of the museum is to record, document and archive the process of his art-making, as a home of the artist’s collections and to promote the enjoyment and appreciation of art.

For more information, go to MGM Cotai’s website or check the exhibition’s catalogue 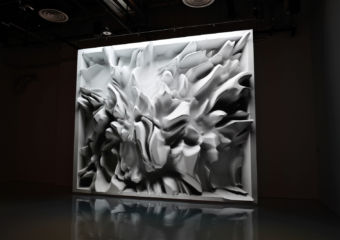 10 Must See Artists at the Spectacular Art Macao 2019 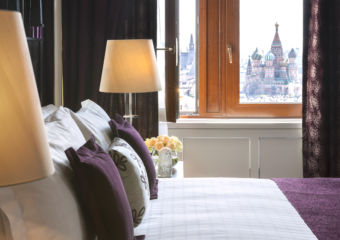 Sri Lanka for the Adventurer at Heart