Who said March is boring? Chinese New Year has passed and Easter is next month, but there are lots of exhibitions, shows and dining experiences to try out! Read on and find what Jabbawockeez is all about, where to buy The Roadhouse Comedy Show tickets, or why is Madame Ching’s cuisine so famous.

Celebrating its legacy of artistry and entertainment, MGM is proud to bring Macau locals and tourists a show like no other. MGM Cotai is bringing world famous hip-hop dance crew Jabbawockeez to have their first ever Macau residency show from March 2–31! Rising from humble beginnings, Jabbawockeez gained popularity after winning the first season of America’s Best Dance Crew and they’ve been on the up and up since! Billed as one of the world’s most influential dance crews, the Jabbawockeez will mesmerize and entertain audiences with their energetic mix of various contemporary choreography to deliver a show that’s sure to blow your socks off at MGM Theater in Cotai.

MGM Macau is bringing the Jabbawockeez all the way from their current residency at MGM Grand Las Vegas! Working and performing with the likes of Bruno Mars, Taylor Swift, Pharrell, Black Eyed Peas, Tiësto and more, they are best known for their signature plain white masks and synchronized dancing. The Jabbawockeez wear masks to break through the barriers of race, gender and age believing that dance is a universal language. Jabbawockeez – true to yourself, will give the audience an up-close and personal performance with MGM Theater’s state-of-the-art audio, visual and lighting technology.

Tickets can be bought here THE ROADHOUSE MACAU HOSTING ALL IRISH STAND UP COMEDY

What a way to kick off St. Patrick’s Day celebrations! If you enjoy a hearty guffaw and stand up comedy, you’re in for a treat! The Punchline Comedy Club in Hong Kong has partnered up with The Roadhouse Macau to bring you the finest line up of Irish comedy artists. The funny men will be performing live for one night only at The Roadhouse Macau! Book your tickets now and don’t miss this rare opportunity in Macau to enjoy some amazing stand up comedy, Irish style. What better way to get ready for St. Paddy’s Day!

Doors open at 6:30pm for dinner and pre-drinks

How much: MOP $290 including two drinks Madame Ching is a modern Chinese restaurant that embodies the exotic travels and adventurous spirit of its namesake. Influences of the formidable pirate’s journey around the China Sea steer the menu, with dishes that are familiar at first glance reimagined to give a surprising twist. Sample these delights at Vida Rica Restaurant as the culinary team teases your palate with dishes with interesting variations by Madame Ching.

For more information, check out their Facebook event page In recent years, the Festival has gained popularity, becoming an international event that welcomes renowned writers, publishers, translators, journalists, musicians, filmmakers and visual artists from various geographies and nationalities. The 2016 edition of the Macau Literary Festival brought together authors of 12 nationalities, including US writer Adam Johnson, who won the Pulitzer Prize for his 2012 novel The Orphan Master’s Son. In 2017, the Festival gathers more than 60 guests from over 20 regions and countries, among them two Man Booker Prize 2016 finalists, Madeleine Thien and Graeme Macrae Burnet. THE FATHER THEATRICAL PERFORMANCE AT CCM

The Hong Kong Repertory Theatre brings us the touching and darkly humoured world of The Father, a play that has captivated the most celebrated international stages, from New York to London and Sydney, in top-notch theatrical productions performed by renowned companies. Penned by France’s hottest literary talent and awarded playwright Florian Zeller, the play tells the poignant story of an 80-year old man who gradually loses touch with reality, afflicted by Alzheimer’s disease. As he struggles hard for survival, his daughter Anne fights between familial duty and her new boyfriend’s love.

Featuring the legendary artistic director Fredric Mao on the leading role, The Father’s ambivalence confronts the audience with the emotional hues and inner turmoil stemming from an increasingly common condition in modern societies. Winner of the 2014 Molière Award for Best Play, The Father’s accurate portrayal of dementia is conveyed through an intricately crafted and cleverly structured dialogue. A critically acclaimed production performed in Cantonese with English subtitles, brought to us by Hong Kong’s top notch theatre company. A powerful contemporary tale that will make us all smile, cry and reflect on life as it is. The Iridium Spa, at The St. Regis Macao is having a fantastic promotion until April, 2019. Refined Journey is an awesome spa package which includes a 60-minutes body mineral care, a 60-minutes signature massage or an Iridium Asian combination massage, and a complimentary Gemstone shower gel.

The Iridium Spa – the highest spa in all of Macau – is an inviting retreat with captivating views of the Cotai Strip. Featuring 10 suites inclusive of two couples’ suites and a Thai treatment room, the chic, contemporary Iridium Spa is also the only spa in Macau to offer Gemstone therapy. You will also have access to their Wet Facilities at the Athletic Club and Swimming Pool on the treatment day, plus four hours self-parking complimentary. 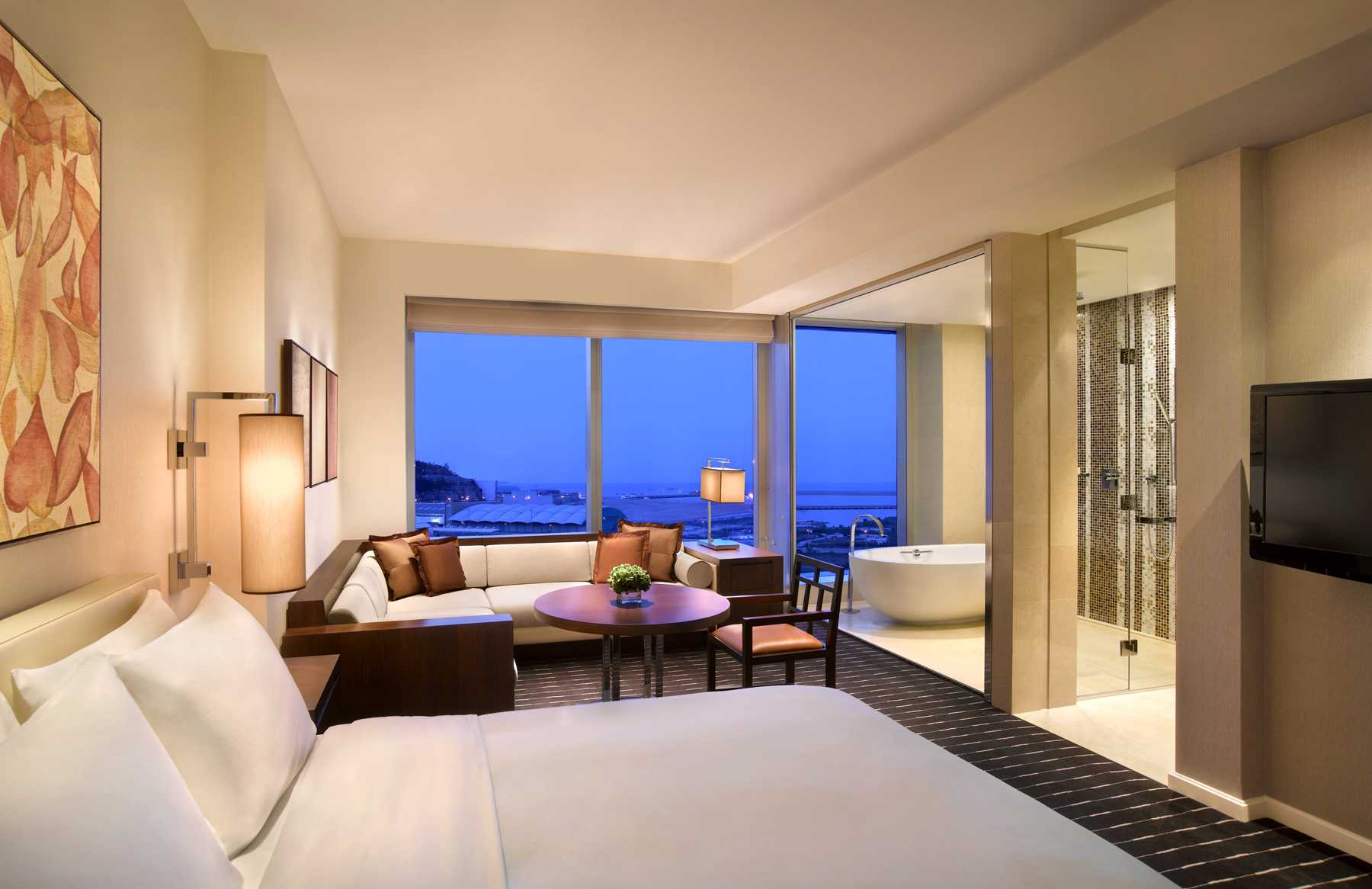