Art Macao is further establishing Macau as a meeting point of Eastern and Western cultures. With this mega international art and cultural event, taking place between June and October 2019, our beloved city has been awash with art exhibitions and events and Macau Lifestyle is thrilled to share with our readers our Art Macao journeys!

The French-Chinese duo Benoit+Bo is the duo behind the uber popular Happy Heads, two massive lanterns in the shape of Chinese smiling masks, inspired by Chinese festivals. Happy Heads is no longer on display at Jorge Alvares square, but there is more to be seen by the prominent artists–including one of the Happy Heads. Visitors can further explore the creations of Benoit+Bo inside the Old Court Building, where they can expect to find a wonderfully curated showcase organized by the Consulate-General of Belgium in Hong Kong that includes visual and sound installations, contemporary photography and digital art images. The artworks carry influences from folk art and pop culture and reflect the artist’s travels and experiences around the world, displaying several cultural elements from East to West. Through their work, the Brussels-based duo proudly shares a borderless vision of the world.

Organized by the Consulate-General of Japan in Hong Kong in collaboration with Toppan Printing, fans of Japanese art and culture are in for a treat with an exhibition perfect for them and of course, not forgetting other art enthusiasts either. Japan Pavilion features posters depicting expressions of graphic design and print expressions by renowned Japanese contemporary artists produced by Toppan Printing–posters from the “Graphic Trial” series–in which creators defy printing expressions, and posters from the “Traditional Performing Arts of Japan” series. Posters in the exhibit include artworks from acclaimed artists like Ren Takaya and Hiroki Taniguchi. But that’s not all. There are Japanese arts and crafts, like the vivid cardboard-made pieces by artist Taki Tamada, the eye-catching digital media work “Space Flowers” by artist Naoko TOSA and photography by photographer Masaaki Tomitori. Widely acclaimed comic artist and illustrator Seizo Watase (see image above) is all the rage with his famous comic series “Heart Cocktail”, which describes the romantic relationship between the characters. His illustration works, depicting the colorful scenery of the seasons and the relationship between male and female, are widely used on travel magazine covers, album covers, and commercial posters. He is currently active in various aspects, and this is his first exhibition in Macau. Colours of Asia, by Francesco Lietti

Colours of Asia, by Francesco Lietti

Hong Kong-based Italian artist Francesco Lietti presents a series of mixed media on canvas works in which themes of travel and discovery are manifested. Hong Kong’s cityscape, where the artist has been living in since 2006, is often portrayed, but so are other colorful Asian destinations like India, Indonesia or the Philippines. This exhibition is organized by the Consulate-General of Italy in Hong Kong and Italian Cultural Institute whereby visitors will be drawn to the colors in Lietti’s artworks, which are strikingly bright. His technique lends his landscapes a somewhat magical note, all the while still featuring real sceneries from the artist’s mnemonic imagery, the Italian artist’s creations are a merge between reality and fantasy. Another aspect of Lietti’s art is that it often bears a humorous or satirical voice, making the audience ponder about our world and modern-day living. What makes this exhibition even more special is seeing artwork inspired by the artist’s trips to Macau with two artworks specially made for Art Macao. It is just wonderful to see Macau painted in such vibrant colors to reflect the vibrancy of culture here. Looking out of the Credible, by Zsuzsa Péreli

Looking out of the Credible, by Zsuzsa Péreli

Internationally recognized Hungarian artist Zsuzsa Péreli works contemporary tapestry at a level that’s nothing short of excellence. Péreli is one of the few artists in her field creating her own designs, besides executing the piece. Her tapestries are deep and filled with emotion, often using metaphysical and sacred themes in their compositions. Through the renowned tapestry artists’ aquarelles and collages, viewers indeed look out of the credible, entering a complex world of colorful threads. Although the exhibition has since ended, it was a true honor to be able to host her beautiful tapestries in Macau. 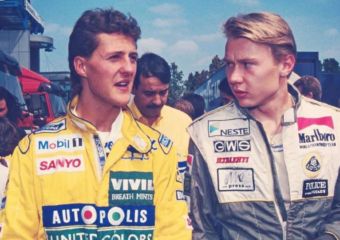 Famous Drivers Who Raced at the Macau Grand Prix 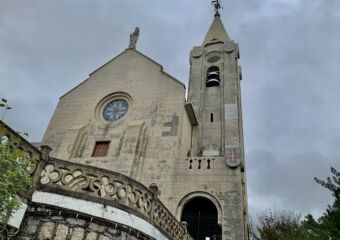 Penha Hill: A Trace of the Augustinian Presence in Macau Where to Eat in Macau This August 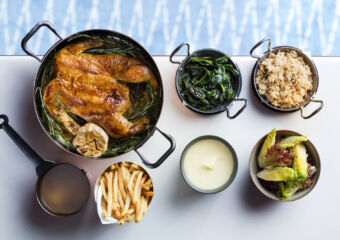