Known in Macau for school trips to Camões’ grotto, live performances organized by the Consulate General of Portugal in Macau and Hong Kong and a special afternoon cocktail at the Consul’s home, in former Hotel Belavista, June 10 is celebrated by Portuguese people scattered around the world, including the community in Macau. This article sheds some light on the origins of this festivity, marked in the calendar as a national holiday in Portugal.

The first records of this day’s celebrations date back to 1880 but were only meant to remember one thing: the iconic Portuguese poet Luís Vaz de Camões. 1880 marks 300 years of his supposed death. One might wonder if Macau’s festivities are in any way related to the writer–being that he allegedly lived in Macau and even wrote one of Lusíadas’ most important parts while here–but history doesn’t say anything about that. The then king D. Luís I declared this the “Day of National Party and Grand Gala”.

June 10 kept being celebrated, becoming especially important during Salazar’s Estado Novo, a dictatorship period that befell Portugal and lasted more than 40 years. During this time, this day became known as the Day of Camões, Portugal and the Race, with this last part popularized when Salazar inaugurated the Jamor National Stadium, in 1944. Around 20 years later, June 10 also paid homage to the Portuguese Armed Forces, glorifying the war and the Portuguese empire–colonized countries or regions. The day would start with flag displays across public buildings, military structures, and fortresses, followed by a military parade in the governor’s palace–and a pilgrimage to Camões’ grotto, as well as music performances by local groups in Senado Square.

It was only in 1978–after the Portuguese revolution of 1974 that destroyed the dictatorship–that the day became known as Day of Portugal, Camões, and the Portuguese Communities. In Portugal, June 10 is celebrated with a speech by the Portuguese president and countless performances, traditions, military ceremonies, exhibitions, and an event where the president also awards some Portuguese personalities.

Growing up in Macau and attending Portuguese-based schools or descending from a family with roots in Portugal means being aware and probably having participated in several celebrations. On this day, local news in Portuguese shows dozens of kids walking to and visiting Camões’ grotto–in Camões Garden–with their teachers and members of the Consulate. This is the grotto where the poet is believed to have lived while in Macau. Schools organize trips to this place to pay homage to Camões, even reciting some of Lusíadas’ passages. However, you won’t just see Portuguese kids; some members of the Macanese community also have a very tight relation with their Portuguese roots, and June 10 is also an important day for them. The kids also perform traditional folklore dances.

Being this day also celebrates Portugal and the Portuguese communities, Macau people are also greeted with concerts, theater performances, exhibitions, and many other cultural happenings with artists from Portugal, Cape Verde, São Tomé, Angola, Mozambique, Timor, and other places. These events take place throughout the month of June, welcoming beloved singers and artists. Macau-based Portuguese bands also perform sometimes.

Another long-awaited happening is the cocktail at the Portuguese consul’s residence. Boasting incredible 360º views across the city from the Penha area, the former Hotel Bela Vista’s balcony is decorated with Portuguese-themed items to host an afternoon of cocktails and finger food where the Portuguese community gathers, drinks, listens to music, and celebrates this day far away from home.

There’re no official records of when June 10 started to be celebrated in Macau, but the pilgrimage to Camões’ grotto has been done since 1923, a tradition established by the then governor, Rodrigo José Rodrigues. Macau-based Portuguese man, Lourenço Marques ordered the bust from the renowned artist Bordalo Pinheiro. The artwork arrived in Macau in 1886 from Lisbon and was installed in a vast field with plants and flowers, previously part of Casa Garden, thus being renamed Camões Garden. 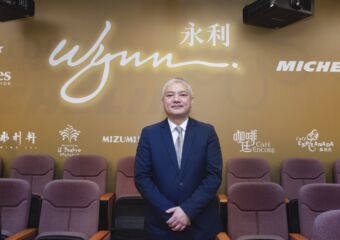