Macau’s famous master guitar player, Allen Harris is fronting Doble Dorias, The Roadhouse Macau’s house band from July 17th to the end of September. Get ready for guitar solos that will blow your mind! Allen Harris first started performing in Macau in 1998 way before The Roadhouse Macau, or even before Cotai Strip’s first casino was opened. Since that time, the renowned guitar player has been rocking the stages of basically all major entertainment venues such as MGM Macau, The Venetian Macao and Galaxy Macau!

After years of traveling and working all around Asia from Korea to Indonesia, he finally landed in our city to play at The Roadhouse Macau until the end of September. Inspiring, energetic and open-minded, Allen Harris promises that his performance at The Roadhouse Macau will make everyone stand up and dance. Jimmy Hendrix, Stevie Wonder, Prince, Santana and more are what Allen includes in his repertoire. Stop by and maybe catch Allen playing your favorite song! 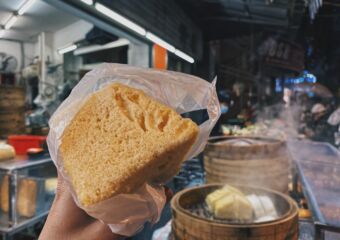 A Tour of Traditional Chinese Pastries in Macau