Even though it’s typhoon season in Macau at the moment, that doesn’t mean you can’t have a good time in August. Despite the weather, the city has so much in store! There are several Art Macao events, including free admission exhibitions, live concerts and cocktails to savor, all of which are indoors, so you’ll be nice and dry. Here is our selection of the best events to attend this August in the city that keeps on giving!

The Consulates of Italy, Belgium, Japan, Hungary and Portugal in Hong Kong (and Macau) joins forces to present a set of amazing, new, contemporary art pieces for all to enjoy for free. Exhibited around the city, some in Taipa and others, in the Macau peninsula. This collection includes works by Benoit+Bo, Hungarian Zsuzsa Péreli, Japanese Taniguchi Hiroki, Shinmura Norito and Ren Takaya, among others. “Prosperous Years”, from the Brussels-based artist duo Benoit+Bo (東波西波 in Chinese) begins with a visual and sound installation of a giant lantern. This installation symbolizes the universality of art and human feelings in a globalized world.

The Consulate-General of Japan in Hong Kong brings, in collaboration with Toppan Printing, a poster exhibition featuring posters of Japanese culture and performing arts. Toppan Printing has produced posters portraying expressions of graphic design and print expressions designed by prominent Japanese contemporary artists. Colours of Asia compiles works by the Italian artist, Francesco Lietti. He has been living in Hong Kong since early 2006 and his love of this vibrant, eclectic city is immediately apparent in his works, which derives from the mnemonic imagery of the artist, who lives in symbiosis with the themes of travel and discovery.

Bar Stories is back, with its 41st chapter! Taste an array of groundbreaking concoctions created by Julian Short, 2017 Diageo World Class Bartender of the Year in South Africa, the most prestigious mixologist competition in the world.

Short is the owner and general manager of Sin + Tax, a bar in Rosebank (Johannesburg). Michael Learns To Rock Performs at The Venetian Macao

Danish soft rock band Michael Learns To Rock (MLTR) performs at The Venetian Macao’s Cotai Arena on August 17! Tickets for Michael Learns To Rock Live in Macau concert go on sale on July 26 at all Cotai Ticketing box offices. One of Denmark’s biggest ever musical exports, MLTR is composed of singer and keyboard player Jascha Richter, drummer Kare Wanscher and guitarist Mikkel Lentz. The band has played over 600 concerts worldwide since their debut in 1988, when they won a local talent competition and started a nearly two-year tour of Denmark.

Since their self-titled debut album in 1991, MLTR has enjoyed global record sales of over 11 million physical albums, scoring multiple hit singles including “Paint My Love”, “25 Minutes”, “That’s Why (You Go Away)” and “Someday”, among others. Last year they released the ninth album “Still” which included the singles “Everything You Need”, “Hold on a Minute” and the ballad “Hiding Away From Life”. While popular internationally, MLTR has found particular success in Asia where they have focused much of their career. As the main venue of “Art Macao: International Art Exhibition”, the Macao Museum of Art (MAM) showcases artworks selected by hotels and integrated resorts, seeking to reveal the charm of contemporary visual arts in a variety of forms, including paintings, ceramic, sculptures and multimedia. Under the theme of “diversity”, it showcases the reality of social culture and artistic creation through crossover cooperation. By joining forces, several different hotels and properties lent their own art pieces in exhibition for MAM to show all, in a single place, several art forms from different epochs and times.

This includes Refik Anadol’s “Macau Currents: Data Paintings”, Wang Dongling’s “Drinking Alone Under the Moon by Li Bai (2016)2, among others. The lending of these art pieces allows MAM to have one of the most complete, eclectic and diverse art exhibitions in the region. Macau’s famous master guitar player, Allen Harris is going to front Doble Dorias, The Roadhouse Macau’s house band from 17 July to the end of September. Get ready for guitar solos that will blow your mind! Allen Harris first started performing in Macau in 1998 way before The Roadhouse Macau, or even Cotai Strip’s first casino was opened. Since that time, the renowned guitar player has been rocking the stages of basically all major entertainment venues such as MGM Macau, The Venetian Macao and Galaxy Macau!

After years of traveling and working all around Asia from Korea to Indonesia, he finally landed in our city to play at The Roadhouse Macau until the end of September. Inspiring, energetic and open-minded, Allen Harris promises that his performance at The Roadhouse Macau will make everyone stand up and dance. Jimmy Hendrix, Stevie Wonder, Prince, Santana and more are what Allen includes in his repertoire. Stop by and maybe catch Allen playing your favorite song! “The Most Insane Garage in the World” at City Of Dreams

Forever synonymous with ultra-luxury and excitement, City of Dreams, has unveiled another thrilling and exclusive attraction with “The Most Insane Garage in the World” — the first TheArsenale showroom in Asia opening at the iconic resort. A name whispered amongst the IT crowd searching for their latest high powered toy, TheArsenale showcases the world’s most sought-after rare finds from land, sea and air.

Where: Level 1, The Boulevard, City of Dreams, Estrada do Istmo, Cotai Suncity Group presents Miss Macau 2019 pageant competition! Featuring the theme “Celebrates the genuine beauty of Macau”, it will be held on August 13, at The Venetian Macao’s Cotai Arena. Tickets for the grand final night will be available for public sale on July 25. The Miss Macau Pageant is widely acclaimed as the largest, most time-honored and prestigious pageant event in Macau. With the mission of promoting Macau culture among local residents and visitors, 15 pageant competitions have been held since its launch in 1972. 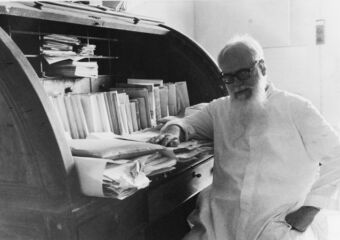