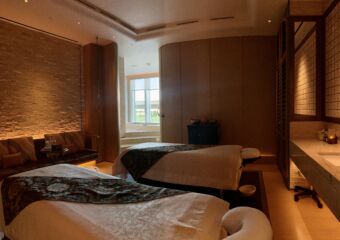 A beacon of style in the Macau skyline, MGM Macau is a 154-meter tall, five-star hotel resort that reaches towards the sky, while its glass exterior reflects the hues of the South China Sea and the swell of the ocean surf. Its world-class facilities include the Tria Spa, authentic art pieces, and eight signature restaurants and bars to fulfill any gastronomic cravings. MGM Macau has also become a one-of-a-kind venue for meetings and conventions, with each function area offering a distinct sense of style. Truly a work of art all of its own, MGM Macau is the destination for world-class entertainment and style.