Macau might not be yet known as an art destination but it doesn’t mean that it has little to offer. Besides traditional venues like Macao Art Museum and several small private galleries, you can find art all around town albeit in less obvious places. Public spaces and shopping malls, small hotels, and large resorts–if you are curious and keep your eyes wide open, Macau can reveal itself as a city with an abundance of paintings, murals, sculptures worth seeing. Among those at the forefront of the city’s art scene is MGM. From world-famous artists and rare traditional pieces to contemporary objects, MGM can compete with many modern museums. Read on to learn more about why MGM’s art collection is worth taking the time to explore. The art journey at MGM Macau begins right at the main hotel entrance. Next to it, stands a graceful sculpture by one of the most famous Spanish artists, Salvador Dali. The legendary surrealist is known mainly for his fantasy canvas, often inspired by the dreamland and subconscious. That sculpture at the entrance also depicts a character who once found herself trapped in the dreamland, Alice in Wonderland. On the left from Alice, you can see a crutch, a symbol of reality, an anchor to the real world. It is a common token in Dali’s works that also represents the need for support, both emotional and physical.

Another sculpture by Dali is only meters away, inside the main lobby. The graceful figure of the Dalinian Dancer seems to be frozen in movement, with skirts swirling around her. She spreads her arms towards another artwork, Fiori di Paradiso, hand-blown glass flowers by Dale Chihuly, an American sculptor. On the way to Grand Praca and in other corners or MGM Macau, you will see gracious lion sculptures. They have been MGM’s habitants since the 2014 Biennial of the Lions, a project created to honor the diplomatic relations between France and China. 50 artists from the two countries worked on 50 unique lion sculptures. Notably, the lion is the symbol of Lyon in France, as well as MGM. Not all, but some of them are displayed at MGM Macau.

Hands down, the most large-scale installation at MGM Macau is the colossal Valkyrie Octopus by Joana Vasconcelos. The acclaimed Portuguese artist created her largest work to date for MGM. The giant octopus sits on top of the cylindrical aquarium with its enormous tentacles crawling all over Grand Praca, awe-inspiring and slightly intimidating.

While MGM Macau represents Portuguese heritage, everything sophisticated and elegant, the resort in Cotai stands for things fun and innovative, contemporary. Still, it found a place for both contemporary art and classic pieces. From over 300 artworks, around 40 belong to the Chairman collection, the most valuable ones on permanent display. One of the principal parts of its exposition is the collection of Imperial carpets. Qing Dynasty silk carpets with precious metal threads are full of symbols inherent to the Chinese culture, such as dragons, phoenixes, cranes, and flowers. Reading their symbolism is a mastery that requires a profound knowledge of Chinese culture. For example, the main symbol on the tapestry usually appears either five or nine times, two important numbers in Chinese numerology. Five symbolizes good luck, while nine stands for longevity and is associated with the Emperor of China.

The tapestries that used to embellish the Forbidden City’s royal pavilions are now on display at the Emerald lobby. Most importantly, this generous contribution to Macau’s art scene is for everybody to enjoy, free of charge! Only 300 imperial carpets survived to this day and 28 of them are at MGM Cotai. Scan the QR-codes next to the carpets to read some facts about them.

Study for Uffizi: A Bouquet of Flowers No.1

From traditional to contemporary

For connoisseurs of contemporary art, there is plenty to explore at MGM Cotai. Don’t miss the two paintings by Cai Guo Qiang, one of China’s most prominent artists. Cai’s talent earned him numerous solo exhibitions in top world museums such as Solomon R. Guggenheim Museum in New York and Uficci Galery in Florence. Moreover, the Chinese government chose him to create a fireworks show at the 2008 Olympics in Beijing and the 70th Anniversary Celebration of the People’s Republic of China.

“Study for Uffizi: A Bouquet of Flowers No.1.” and “Alchemist” became a part of the Chairman Collection in 2019.

Cai Guo Qiang is not the only Chinese artist here. Wander through the resort’s corridors and lobbies to admire contemporary sculptures and canvases. Pass by Beijing-based Zheng Lu’s steel sculptures to appreciate the artist’s brilliant skill of capturing the fluidity. The sizeable abstract work by Hsiao Chin, influenced by modern conceptual art and traditional Chinese calligraphy, is not to be missed either. When you find Eight Views of Macau by Xue Song near Five Foot Road, take a moment to get closer. Inspired by Macau’s landmarks, this collage is made with countless pieces of burned materials the author collected in Macau.

If you wish to find all the art objects at MGM Cotai and Macau and learn more about them, MGM’s online tour is a handy tool for that. Should you prefer a guided tour, you can request one with MGM Cotai’s concierge in advance. When you are tired of walking around, spotting art here and there at 280,000 sqm property, take a seat at the Spectacle. Get yourself a cup of coffee and watch the kaleidoscope of mesmerizing photography: breathtaking landscapes and landmarks by the National Geographic photographers, botanical illustrations, Macau skyline, and more.

With the vast glass dome and LED screens showcasing captivating images and videos non-stop, MGM Cotai’s Spectacle is an artwork by itself. Moreover, if you want to feel like a kid, visit the spectacle at 1:00pm, 3:00pm, 5:00pm and 7:00pm to enjoy the silver dolphins joyfully floating around, a hypnotizing vision and a fine example of modern technology. 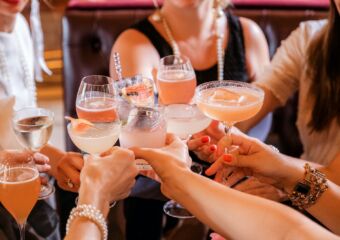 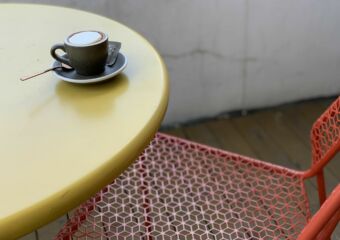