Now a towering landmark of glass, BNU’s history is illustrated by discoveries, obstacles, and even kings! Not just a bank, BNU marked the beginning of an era in Macau’s economy. Yes, this is the bank that brought you the money you now carry in your pocket.

BNU, roughly translated to Ultramaritime National Bank, had one purpose. It was to serve Portuguese colonies around the world, from Luanda to Cape Verde, from Goa to Mozambique. Born in Lisbon, Portugal, in 1864, the bank was created during the kingdom of Luis I. However, BNU wasn’t established in Macau until 1902. This was one year after the Portuguese King Carlos signed a contract with the bank. This was to establish a monetary system in Macau and gives the bank exclusive permission to issue banknotes–the patacas.

Before BNU issued these banknotes, Macau did not have its own currency. Trade was done via silver coins or “pangtans”—traditional Chinese deposit certificates banned in 1944. Macau’s economy was based on the value of silver but Hong Kong dollars and payment certificates of British territories in the Strait of Malacca were also welcome.

The pataca was a silver coin that came all the way from Mexico. It was also known as “piece of eight”. Even with the “eight” being seen as a lucky number in Chinese culture, the pataca was viewed with suspicion by local Chinese and wasn’t welcomed. So, the BNU was still facing obstacles while trying to create a stable monetary system.

The first Pataca notes issued in the region dates back to 1906 and their denomination was 1, 5, 50, and 100. 10 and 25 patacas bills came one year after. The 500 Patacas note came in 1944. It took a lot to encourage the Macau population to accept the new currency. Everyday transactions continued on like before. The bank had to deal with clandestine bills, coming all the way from Guangzhou. Every pataca bill was exchanged for silver coins, even if that meant high rates. As an institution that exists for more than a century, one can only imagine the adversity and adventures BNU had to face. Its revenue was once upon a time made of opium sales, opium fines, Chinese game Fan-Tan, and lotteries like Chimpupio, Pacapio, Sanpio, and Chitam. Fishing, salt, and oyster factories were also on the list.

The bank faced bankruptcy and other obstacles. This is because, during these times, Macau was seen as a territory whose economy is linked to gaming, prostitution, and drugs. However, BNU kept going. It issued 1000 patacas bills in 1989. Both the bank and the issued notes have grown in tandem with Macau’s economic expansion. BNU has been the note-issuing and agent bank of the Macau Treasury for decades. Today, together with the Bank of China, it is one of the two banks authorized by the government to issue banknotes. The bills feature both Chinese and also Portuguese–both official languages in Macau.

In the mainland, in 1993, BNU opened a branch in Zhuhai. Shanghai was next in 2006. In 2017, another branch opened in Hengqin. With this, BNU was no longer a bank of Portugal, rather, a Macau institution.

In the former Portuguese colonies, BNU had name changes to incorporate the place where it was established. But in Macau, its original name remains until today. In Chinese, its name means Great West bank or Atlantic Bank. Funnily, BNU has not been active in Portugal since 2001 and Macau serves as its headquarters. The Bank is part of Caixa Geral de Depósitos Group. This group is one of Europe’s largest financial institutions with an extensive global network in 23 Countries in Europe, Asia, Africa, and the Americas. CGD is present in seven Portuguese-speaking countries and BNU is also promoting commercial relations between China and these countries. Macau is designated by the central government to operate as a platform. The only European bank in Macau for over 70 years

BNU’s growth and diversification make it one of the leading banks in the booming economy of Macau. It features more than 200 thousand clients–mostly Chinese. In 2010, it launched its services in Renminbi.

In 2011, BNU was awarded an Industrial and Commercial Merit Medal by Macao SAR Chief Executive Fernando Chui Sai On. At the end of 2018, the bank received six awards. For the 4th consecutive year, they were awarded the “Best Socially Responsible Bank–Macau” and “Best Retail Bank–Macau” by the International Finance Magazine. The European Magazine awarded BNU as the “Most Innovative Bank of The Year 2018”.

The original building was erected in 1926 and BNU’s head office remains in the same location since then. In 1997, a modern skyscraper was built in its place, but the original façade and columns remain. The bank building remains a landmark in one of the busiest avenues in the city’s center up to this day. 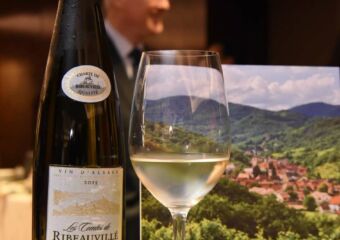 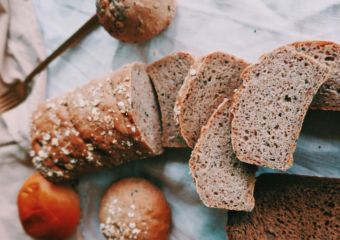