“Symbiosis: Imagery and Aptitude” is a collective exhibition presenting the works of 21 artists and institutes around the Pearl River Delta area. It explores the talents’ take on contemporary art and history.

In 1825, George Chinnery, who was in the same generation as John Constable and John Mallord William Turner, came to Macau. What was beyond his expectation was that it was the heyday of painting exports in Guangzhou during his 27-year stay in Macau. What was even more beyond his expectation was that oil painting, this Western traditional art form, has mythically become a major component in the Chinese contemporary art culture in the 20th century, just three centuries later. This proud country, boasting its own ancient cultural system, has embraced the western oil painting technique with a revolutionary and innovative mind and passionate attitude, and has profoundly transformed itself to develop a diversified and multi-faceted art system.

If history is only a mere occurrence, there will only be surprises but not any regrets. When historians tried to find out the reasons for the decline of painting exports, they all attributed the cause to the introduction of photography and printing techniques during the period of Emperors Daoguang and Xianfeng, which replaced the handicrafts with painters. Thus, it is invincible for the fall of painting exports. History will not repeat itself but only the pattern. Compared with the impact on the painting export industry in Guangzhou caused by the photography and printing techniques in the 19th century, we are now in the digital media era, surrounded by countless images that could be generated and transmitted in an unprecedented array of methods. The traditional painting technique in the west has shown signs of waning in this new image era, similar to the decline of the painting export industry in the past. If technology only affected the painters and the industry that reproduced works three centuries ago, what technology will sweep across nowadays is all the art forms of painting.

The crisis and the end are forthcoming. Nowadays, in the highly-developed digital image industry, we enjoy the convenience of accessing many images but we are also subject to the domination of technology all the time. The world of endless images has severed our relationship with the real world, turning it into fast-moving consumer goods, as well as the fragments of consumption and being consumed. The imaging technology turns the visual life into a purely visualized space that could exist without handmade elements.

Our effortless, slow-paced, and intimate relationship with the world has long gone, and as a result, we have gradually lost our ability to perceive things wholeheartedly and profoundly. In light of this situation, questions have been asked about “What is painting in this image age?” in both the west and the east since the 1950s with new viewpoints about the mission and destiny of painting. On the surface, it seems to be about the decline of painting caused by specific technology and innovations, but beneath the surface, it is about the crisis of the fragmentation and superficialization of our ability to perceive. The decline of painting is due to the decline of perception in this era. 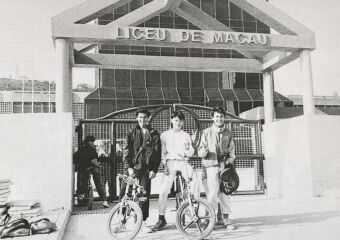 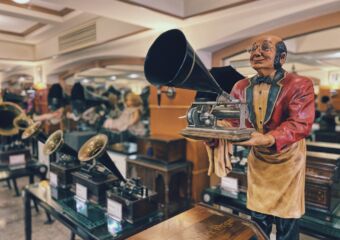