The Importance of Chinese Roots with Cristina Kuok of MGM Cristina Kuok knows a thing or two about art–born in Macau and having been with MGM since it’s pre-opening phase, Cristina has been involved in MGM’s art initiatives for over a decade, from bringing Botticelli’s Venus to Macau to introducing digital arts into Macau’s resort scene.

Now the Vice President of Arts and Cultural Development at MGM China Holdings Limited, Cristina is actively involved in putting Macau on the global art map with grand projects such as introducing permanent art collections at MGM Cotai and, recently, participating in the Art Macao festival.

Macau Lifestyle had a chance to sit down with Cristina who enlightened us about Macau’s art scene, digital art and the future of Macau’s cultural tourism.

From Hong Kong Tatler’s social media editor to marketing and communications executive to then art and culture vice president. How did your career path take such an interesting curve?

In hindsight I must say that it’s interesting, but in fact when I was going through it, I never expected this outcome. I started off in the hospitality line in Hong Kong and then moved on to a public relations agency. While I worked in public relations, I got to meet different media and that’s how Hong Kong Tatler asked me to join. I didn’t study journalism but through my PR work, I was very familiar with lifestyle media and decided to give it a try. I had a lot of fun for two and a half years although I was very busy, as a social media editor. I had to run around attending all the Hong Kong events and then next morning still go to the office and finish the write up and meet deadlines.

I was then offered to come to Macau and even though my father was from Macau (and my mother, from Hong Kong), I never though I’d come live in Macau. In the past, we would go to Macau to visit relatives but I didn’t really think of working in Macau. It was back in 2001 and I started working for Macau Tower and took this opportunity with a pinch of salt at first.

After six months of commuting from Hong Kong to Macau during the pre-opening phase, I decided to move to Macau and I’ve loved it since! Macau is very special to me because I used to visit a lot while I was little and then coming back here later in life, it’s destiny in a way.

I joined MGM in 2006 for their pre-opening, working in communications as well as doing the research work for the resort’s concepts which included things like the design of The Grande Praça, VIP hotel lobby and many more.

When we began with the first property back in 2007, we always had arts and culture in mind. Out of six concessions we were the last one to open the property and we had a lot of catch up work to do. Running a business, we prioritised the essentials–rooms, dining, service. However, as a matter of fact, the MGM Macau Art Space was in the blueprint of the building from day one and we officially opened it in 2013 with the exhibition of Botticelli’s Venus: The Life and Times of a Goddess.

Since the opening, we’ve done a few grand exhibitions within the property such as Biennial of the Lions, Joana Vasconcelos monumental work, A Golden Way of Life – Très’Ors and more. You have an extensive background in marketing and communications. When it comes to arts what are the main challenges in sending the right message to the audience?

I think with art programs, art projects or any kind of permanent collection, the most challenging part is getting the audience to appreciate the story behind the art. Art is a very subjective matter and what is important is how you convey the message of why you chose that art and why the artist has created it at that time. There is always more to it than just a story of the artist’s conceptual thinking. It always dates back to history–that’s why it’s so important to study history. The content of the artwork is telling the artist’s experience. This storytelling is very important and challenging indeed. From the experience of viewing a piece of art, you take that small piece of memory away with you. MGM Macau and MGM Cotai strive to make art more accessible to the public. What are some of the initiatives that’s been done in both properties?

In MGM Macau we first started with the small collection of sculptures that you can see around the property. When we officially inaugurated the Art Space in 2013 with the Sandro Botticelli’s Venus exhibition, we didn’t charge any entry fee because for us, it’s more important that we entice the people to come to see the exhibition. It was only one painting and it was the first time the piece was in Asia. We worked with the curator to create several zones that introduced visitors to the Medici family, Florentine Renaissance, Sandro Botticelli’s work and Venus itself. We really wanted to make it accessible to all members of the public, so the exhibition was free of charge and we also provided free guided tours. Journey to the Great West

MGM Cotai’s permanent Art Collection features an impressive number of over 300 works. How long did it take to collect and define it?

We worked with the curator who helped us during the pre-opening of MGM Cotai, as Cotai is a much larger property with more space to display more art. With the help of Hong Kong-based art curator Kelvin, we engaged a permanent collection of Chinese art. A lot of Chinese artists are under-appreciated and Macau has millions of visitors from around the world. Our philosophy is to bring China to the world and the world to China. Because Macau is the window where we can showcase different Chinese artists, it doesn’t matter if they are from Mainland China, Taiwan, Hong Kong, Macau or even abroad. The Chairman collection is made up of around 40 pieces and they are all made by Chinese artists.

Some of the art works on display at MGM Cotai are also by Macanese artists. Which ones are you particular fond of?

I would say Eric Fok, a young, passionate artist–I am amazed at how much time he spends making his artwork by drawing in this old maps style, which reflects the colonial history of Macau. You can see them at MGM Cotai’s Emerald Lobby and Bar Patuá.

Speaking of Macau, what do you think about Macau art scene? What are your favorite local artists, museums and galleries?

Macau’s local art scene is very interesting and in progress to become of a much bigger scale. There are bigger museums like Macao Museum and Macao Museum of Art but in the past few years, you can see how the government has added more and more smaller spaces, such as Macao Contemporary Art Center – Navy Yard No.1 or smaller galleries around Tap Seac Square, providing more outlets and opportunities for local artists to experiment. It’s not just traditional visual or sculptural arts that you see in the museums–these new small galleries offer something different.

This year, Secretary for Social Affairs and Culture of Macau, Alexis Tam has spearheaded Art Macao that will be happening around the whole of Macau from June to October and it’s going to be filled with all kinds of visual art, installations, sculptures and videos arts and other exhibitions. It’s fantastic and very exciting for all of us! MGM Macau has always been involved with arts but this synergy effect is going to be wonderful for Macau and the city’s visitors. Biennial of the Lions

There are some historical and very often rare pieces on display at MGM Macau and Cotai. Any curious behind-the-scenes stories?

We’ve done over 26 exhibitions in both properties and our team is continuously learning from the curators, museums and experts. Our first public art endeavour was the Biennial of the Lions exhibition in 2014 it was the 50th anniversary of diplomatic relations between China and France and president Xi Jinping had visited Lyon in France. We then received a coincidental and wonderful opportunity to host the Biennial exhibition outside of France. Macau presented 50 sculptures of lions, 25 of which dressed by French artists and another 25 by Chinese artists, which included local ones. The lions were all over Macau, indoors and outdoors. The theme was “Silk Road” and it was the first time MGM had placed lions outside the properties into the public areas.

MGM is setting a solid example in defining cultural tourism–what is its future in Macau?

Macau has its history and even before we got the UNESCO Heritage City recognition of the 25 sites, it was attracting visitors as a place of culture. In Macau you see the heritage, old and new and you see a very interesting mix – like how a Chinese temple coexists right next to a catholic church. With Art Macao and 30 years of Macau Arts Festival, this is a good foundation for cultural tourism. MGM Cotai’s Spectacle comprises the world’s largest area of permanent indoor LED screens and is absolutely, spectacular! It was a rather bold decision to dedicate so much of a resort’s space to digital art. What was the vision behind it and how is it perceived by the public?

It also gets rather hot in the summer time and with the glass ceiling and 24 hour air conditioning, you can still enjoy the sunlight. When we built MGM Cotai, we wanted to repeat the same experience where you come into the space and you can enjoy the natural sunlight as well as the facilities and special events we offer.

We wanted to bring digital art to the forefront, even though the technology is moving so fast and you can never catch up. Digital art brings versatility, it’s a newer medium compared to more traditional ones. Ultimately you can only buy so many pieces of art and the digital art platform gives us an opportunity to use technology to inspire, whether it’s the artists or the audience. In fact our Spectacle has recently achieved Guinness Word Records title, as the Largest Free-span Grid Shell Glazed Roof. It’s our second Guinness World Record and we are so proud.

2019 is an exciting year for Macau, the year of Art Macao festival’s inauguration. What will be MGM’s contribution?

Our roots are Chinese and this year is very important as this year is the 70th anniversary of the founding of the People’s Republic as well as the 20th anniversary of Macau’s handover to China. MGM will be presenting a modern artistic ink experience, Hua Yuan. It includes a large-scale multimedia installation A Metamorphosis: No End To End by Ma Wen, the digital landscape painting Journey to the Dark II by Yang Yongliang and a one-act opera Paradise Interrupted, presenting the essence of Chinese culture and art.

It is a very interesting and amazing display and execution of Chinese ink with digital and installation components, preserving the essence of Chinese culture. 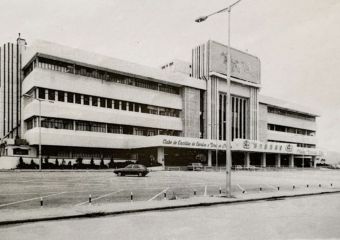 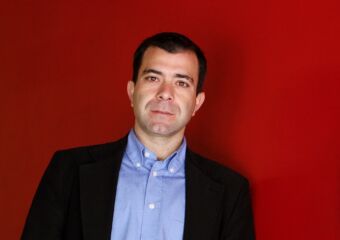