Lovers and Revolutions: Stories of the Mooncake Celebrated every year in September to early October, the Mid-Autumn Festival falls on the same date, or very close to, the Autumn Equinox, the time of year where the daylight has as many hours as the night–it is also be considered as a harvest festival. There are many tales and legends associated with the date and children get to enjoy a great part of this festival. Here in Macau, people usually get together in the evening before the public holiday which falls on September 14 this year. The city gets dressed in colorful and bright lanterns and, at home, friends exchange the star of the season: the mooncake.

The Mid-Autumn Festival, has a story behind it too. If you’ve been to Macau before, you know that on this day, parents take their children on evening strolls to gardens, the beach or around town while holding a little lantern. This can be the traditional paper lantern with a small candle inside, or a modern plastic one that might even play music! No matter what the children choose, the effect is utterly romantic. Young lovers go out too, hand in hand to take part in the festivities, and the city awakens with sighs and laughter.

Once upon a time, legend tells of Chang’e a rich maid who fell in love with Hou Yi, a poor peasant. There simply was no hope for their love in ancient China, and the couple suffered in silence. But one day, the morning rose bearing ten suns. The heat of the suns ruined all the crops, creating a horrible drought. As food became sparse and the kingdom grew hungry, Hou Yi, who was himself a young but brave shooter, dared to climb to the top of the highest mountain and shoot down nine suns, one by one. When he climbed back down, he was crowned a hero and cherished by the kingdom.

He was also allowed to marry Chang’e, the love of his life. That day, to compensate him for his bravery, a goddess came to him and gave him a special elixir that would allow him to become immortal and live amongst the gods. Hou Yi did not want to leave Chang’e, so he let her keep the elixir for safekeeping. However, Feng Meng, one of his apprentices, knew of this secret. So, on the fifteenth of August in the lunar calendar, Feng Meng burning with jealousy for his master’s luck, broke into Hou Yi’s house and forced Chang’e to give him the elixir. Afraid of what he might do with such power, she refused, swallowing it instead.

Almost immediately, Chang’er started to feel lighter and floated upwards to the heavens stopping only once she reached the moon. That is why, on the same day every year, when the moon was the closest, Hou Yi would carry a lantern so that he would be seen by Chang’e who was looking over him from the moon. It is rumored that after he passed away people in the village carried out the custom of the lanterns for fear that Chang’e would be lonely. If you are too old for love stories, you should know that the mooncake has its own history. It is said that the humble mooncake played an important role during the fall of the Yuan Dynasty. The Mongol rule was overturned by the Ming revolutionaries who used these cakes as a medium to pass their messages. Some stories say they used hollow cakes, taking out the egg yolk inside, to hide these messages. Others suggest they used the custom of carving the Chinese characters of the top of the cake to create a kind of puzzle that could be put together.

Whether you are a hopeless romantic or a history buff, we strongly recommend you go out this September 14 and enjoy a festive ambiance of the evening. My personal favorite is the Lou Lim Ieoc Garden but, in recent years, the Albergue has been known to host a good party too! While enjoying in the festivities, don’t forget to slice up some mooncakes and share the sweet and sometimes savory treat with your loved ones. 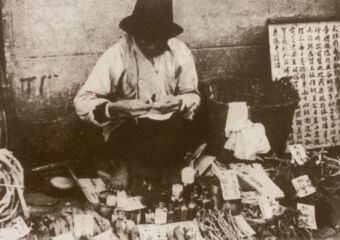 Macau Buses: A Story Dating Back to 1919