Culture
by Weng U Pun Lei Fong Mercearia (利豐便利店) is a convenience store for vintage items. It is owned by Mr. and Mrs. Liu and has been around for almost three decades. Why is it called a convenience store? The store began as a convenience store before gradually transitioning into a collectors’ paradise, where people can find and revisit nostalgic memories from decades past. You can find anything from stamps, letters, and posters to beautiful vases, figurines, and sculptures dating back to the Qin Dynasty. Read on to find out how Mr. Liu got into this interesting business and to find out what tips he has for those interested in becoming a collector!

Why did you start this shop? How did you get into this business?

I moved to Macau from the mainland in 1979 to find work. I worked for a few years before my wife and my children joined me. It was difficult. I tried looking around for a small convenience store that I could possibly take off someone’s hands. There was a small one near Kiang Wu Hospital and the business was passed over to me to manage. I worked there for eight years and with the money I earned, I bought the shop here on Rua da Tercena to continue the business.

In the year 2000, I realized that operating a convenience store was not going to be financially sustainable in the long run. So, I slowly changed what I was selling. I kept selling things like soda and toys but I stopped selling other food like rice, biscuits, crisps, and oil. Then, I started selling nostalgic items like these.

I didn’t start collecting and selling secondhand items out of interest. I began doing so for financial reasons. It was only after a while that my own interest developed. Lots of children used to come to my shop. Old Master Q (老夫子) comics were really popular amongst them. I would stock up on those comics from the mainland because they would sell so well. One day, I noticed a secondhand bookstore near ours. I asked him where he found them. The guy collected cardboard and he would find books amongst miscellaneous things that have been abandoned to sell. I ended up doing the same thing, and I would collect boxes of books. Some days I would sell 50-60 books a day. The profit I made from selling books made up of 80% of the total profit I got from running the convenience store. Eventually, the food items I was selling got lesser and lesser and I started selling more books, old and new, and secondhand items.

Once I was in Areia Preta and there was a woman with a truckload of books. She was busy collecting cardboard. A box fell out of her truck and I picked it up but she didn’t want the books. She didn’t see the value in them. I offered to pay her but she refused to accept it. There was a guy who came by my shop who offered me MOP $100 for the books. I immediately said yes! After all, I literally got the books for free. (laughs) That was when I began to realize the worth in old books so I began collecting old books to sell. Usually, these books were collected by the previous generation but their next generation did not want them. So, they were precious to the older generation.

Now, books published during the 60s and the 70s in Hong Kong like The Legend of the Condor Heroes (射鵰英雄傳) by Jin Yong are worth a lot. They’re thin serialized books, now worth hundreds each. If you had the whole collection, they would be worth ten thousand MOP even!

I see that the shop has recently been refurbished. How did you manage to make such a big change?

Yes, a year ago an interior design company reached out to me and informed me that this shop was eligible for funding on the grounds of its cultural significance. They asked me if I wanted to renovate the shop and they offered to apply for the funding for me. I agreed and they designed and renovated the shop this July. Where and how do you obtain the vintage items from in this store?

I found all these items in Macau. There used to be lots of houses being taken down, and I knew a lot of the people that were involved in the process. I knew them because back then I was selling water and cigarettes, and the people that worked those jobs tend to buy those things. I just asked them to let me know when they were going to be moving or taking apart houses so I could collect items that other people no longer wanted.

I still get most of my items in that way. Mostly it is up to fate. Lately, there was an old lady who passed by, offering to sell me something. While she was looking around, she asked, “You sell old books? I have a lot of old books. Would you want them?” Turns out she’s from a big wealthy family and the books she brought over were exceptionally old.

What sort of things do you usually collect? What do you look for?

I don’t look for a specific thing to collect. It’s hard to find exactly what you want. How I come across all these items all really depends on fate and circumstance.

Do you have any favorite items that you have collected?

Of course, I do. (laughs) I have a teapot on display that I really like. It is very expensive and was handmade by Chinese ceramic art master Bao Zhiqiang (鲍志强). The teapot was a gift to a Hong Kong businessman but the businessman did not like the teapot. They had a shop here in Macau and they tried to sell it, and in the end, I was the one who bought it. This teapot has been auctioned before in Beijing for around MOP $2,000,000!

What is the oldest thing in this store?

You have lots of Mao memorabilia–how did you come across those?

Is there anything that is not for sale here? And why?

No. If it’s the right price it sells (laughs) How do you know how much something is worth?

Do you have any future plans for the store?

No, not really. We’ll keep the shop open till we retire.

Apart from collecting things, what do you like doing in your spare time?

I don’t really have much time. Sometimes, I exercise at 6:00am at Camoes Garden for about an hour. What advice would you give someone who is interested in collecting vintage items?

Well, don’t collect expensive things from the get-go. Collect things that have the potential to increase in value. But, it’s hard to know what sort of things increase in value! If I knew, I would keep certain things and not sell them! (laughs) Ultimately, anything that is becoming less common will become valuable. 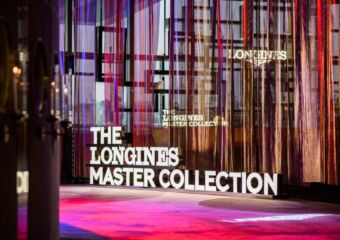