A Taste of Little Burma in Macau’s Three Lamps District Macau’s Little Burma, in the Three Lamps District, is a lesser-known aspect of the city’s multicultural heritage. The city has long welcomed people from around the world, and among many others, there are overseas Chinese who left their homes abroad and returned, as it were, to here. It is a fascinating, and slightly complex, cultural legacy. In the 1970s, political instability in some Southeastern countries such as Indonesia and Burma caused some Chinese families to move to Macau, creating this mix of culture we see today.

According to the 2011 census, there are more than 4,800 Burmese living in Macau. Tim Wong (黃德來), Vice Chairman of the Macau Myanmar Friendship Association, is a second generation member of a Burmese family in Macau. His parents originally came from Fujian and he is now an owner of a Fujianese restaurant in Macau. Tim claims that there were indeed difficulties at the time when his dad first arrived in Macau. From the food they ate to the language they spoke, they learned how to adapt to the new environment. Tim suggests we visit a few restaurants around the Three Lamps District. The heart of the Three Lamps District is a roundabout connecting some of the major areas of the neighborhood, such as the market, restaurants, shops and even locksmiths. Every April, you can find the water festival here, celebrating the new year in southeast Asian countries such as Thailand, Burma and Laos. On this day, family members of all ages will participate in water splashing, throwing water at each other as a symbol of washing out troubles and bringing peace to the new year. This festival usually lasts for three days, and it’s a lot of fun to join in! The restaurants on our list are all located around this general area.

A popular dish at every Burmese restaurant is the fish noodle soup (shown above). The soup is a broth made of catfish and other ingredients such as lemongrass, black pepper and turmeric. In some restaurants, the dish is complemented with a fried pea cracker on top to lend some extra texture. Another favorite is the chicken slice stirred noodles. You literally get what is translated from its name, with some spicy sauce mixed with raw onion slices. At Chat Yin Noodle Haus, the majority of foodies order this without even looking at the menu. Many locals, especially young people, like its refreshing taste on a hot summer day.

The pig‘s brain noodles at Estabelecimento de Comidas Toung King is something you might not see everywhere. However, it is a 40-year tradition at this small eatery. The Chinese saying goes something like “you get what you eat,” with some people believing that eating pig brain can provide nutrition to one’s brain. Give it a try and let us know how it works!

There are three great Burmese-inspired restaurant to try in this area, including Nga Heong–Portuguese name is Restaurant Birmanês Aromático–that now has two venues, one of them opened recently. This spot is quite busy during lunchtime as many workers from around head there for some wholesome food. The manager is the founder’s son and their brand has been thriving in Macau for more than 40 years now. We recommend their stir-fried noodles with beef and for the adventurous ones, maybe go for something with pig’s intestines as main.

The Burmese food that you find in Macau may not be the most authentic, and some might say that it’s a Burmese-Macanese fusion. But whatever it is, it surely represents an era of ethnic diversity, and a snapshot of a time and place like no other. 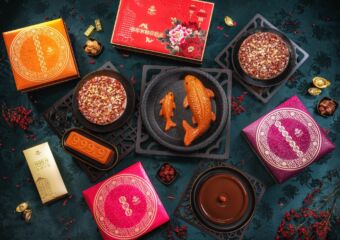