Everything You Need to Know About Cinco de Mayo Cinco de Mayo is an international celebration vibrant in color and rich in history. It is celebrated with margaritas and tacos every year on the fifth of May (the translation of the festival’s name). Some people mistake this as Mexican Independence Day, the most significant of the country’s holidays. But that is celebrated later in the year on the sixteenth of September. So what is Cinco de Mayo, if not a memorial of independence? What is the best way to join this fiesta? And how do you celebrate Cinco de Mayo in Macau?

What happened on Cinco de Mayo?

On the fifth of May, 1862, Mexico entered a battle that, although was not hugely significant to the history of Mexico as a whole, was a symbolic victory. During the late 1850s, the country was in financial ruin from years of war and political toil. Mexico had many troubles with European colonizers, who were as hungry for power and territory as they were fierce in collecting debts.

In 1861, Mexican president Benito Juárez announced a temporary suspension on debt payments. As a result, Spain, Britain, and France sent their armies to express the disagreement with that policy. Mexico negotiated deals with Spain and Britain and convinced the two to withdraw their forces, but not the French president Napoleon III. Driven by a dream of expanding his empire there, after claiming the state debted to him, he then turned his advances to the city of Puebla de Los Angeles. When Napolean III attacked on the fifth of May, 1862, Benito Juárez had armed the town with some 2000 men, who defended it with velocity and might. The Mexican army suffered little losses and forced the French to retreat.

This battle was a hugely symbolic triumph that is considered the start of the resistance. Though the French did not leave until much later in 1867, Cinco de Mayo commemorates the day when the country did not give in to the threat and did not falter under siege. How it is celebrated

Despite being a Mexican historical event, Puebla–where the battle took place–is the only city in Mexico that marks it with large-scale festivities. A stunning UNESCO world heritage site due to its preserved 17th and 18th-century cathedrals, Puebla turns into a set of costumed reenactments, colorful parades, and dances on the fifth of May every year. After the mighty Mexican army victoriously defeats the masked French, the whole city comes alive with music, food, and dance, as the floats dance down the streets and cerveza starts to flow. And of course, no Mexican fiesta is complete without a piñata.

On the other hand, Mexican Northern neighbor loves the festive date and celebrates it with pomp. For instance, LA’s Fiesta Broadway is the largest Cinco de Mayo celebration in the world! In the US, this day is a day to celebrate Mexican culture. In a way, it’s a great excuse to enjoy delicious cuisine, cervezas, and margaritas. With a substantial Mexican population in the US–it has even been made a public holiday in some states. However, it’s not just the Mexicans who love going a little crazy on Cinco de Mayo. With the unique customs of Mexican fiestas, it similarly no surprise that everybody wants to join in! How to celebrate Cinco de Mayo in Macau

The Mexican community in Macau is not that big. Hence you won’t find large-scale Cinco de Mayo celebrations around town. If you wish to commemorate the vibrant tradition, there is no better way than to dive into the diverse world of Mexican gastronomy. Crunchy tacos, cheesy quesadillas, fulfilling burritos, and everybody’s favorite guacamole are only the most well-known top of the gigantic iceberg of Mexican food. In Mexico, food is a massive part of the culture embedded into Mexico’s DNA and traditions. Not one holiday goes without a festive meal shared with friends and family. Cinco de Mayo is not an exclusion.

Call your buddies and head to The Roadhouse Macau for their spicy burritos accompanied by live rock’n’roll. Enjoy alfresco seating by the pool at Splash, tasting the BBQ pork ribs tacos. Coast at MGM Cotai serves some great Tex-Mex as well. Go for the nachos or juicy shrimp tacos. Even if you are a vegetarian, you can still enjoy Mexican cuisine’s explosive flavors at The Blissful Carrot*.

*The Blissful Carrot is no longer operating as a shop. However, they still sell vegetarian and vegan dishes, as well as their in-house-made pantry items such as coconut yogurt and kombucha via Aomi and MFood. If you have any questions, hit them up on Facebook and WhatsApp, but orders are to be placed via the delivery applications. For their Juice Detox program and private catering, contact The Blissful Carrot on Facebook or WhatsApp.

This article was originally written by Jessica Mallard in May 2018 and updated by Ksenia Kuzmina in March 2021. 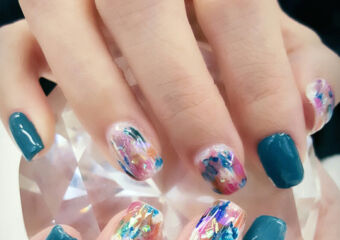