Macau’s Best Art Exhibitions and Activities for Everyone in December Calling all art and culture fans out there! Macau is the place to be to get your fix this month – there is a lot going on this month, so get ready and check out our top selection of events going down in December! Besides the International Film Festival and Awards, there is also Macao Light Festival, several art exhibitions and so much more for you to choose from! Enjoy.

“Macao Light Festival 2018 – Time Travel in Macao” will be staged in throughout December 2018. Revolving around the concept of time, the Festival will weave up local elements of gastronomy, humanity, architecture, culture, creativity and other realms. There will be three different routes throughout the city. The event will not only manifest the city’s East-meets-West cultures but also portray nostalgic stories and childhood memories of Macau people, leading spectators onto a glittery journey across time and space in Macau. More gastronomic elements are added to the programme and routes of the Macao Light Festival in parallel with the “2018 Macao Year of Gastronomy”. Five projection mapping shows will be staged at three locations, besides an itinerant projection show at the Taipa Municipal Market. Local artist Chan Hin Io will have his works exhibited at Taipa Village Art Space in a unique showcase starting December 5, 2018. The venue will be filled with photos taken with a drone, allowing people to see the city from a different perspective. Get a bird’s eye view of the city and check out this exhibition organized by the Taipa Village Cultural Association. Fleeting Speeds is an exhibition by Portuguese artist Ricardo Meireles. According to the artist, its purpose is to show that “the world moves on and on, changes and evolves”. The project presented here tends to synthesize a way of observing the city. The important thing is to realize where we live, the memories and identity that this place has. People are constantly on the move while these spaces tend to be permeable.

Introducing a moment of pause within these urban flows into Macau makes it possible, once again, to get involved and absorb the environment that in some way has been ignored and/or disregarded. “We allow ourselves to observe through elements of the city, in social, cultural and contextual means in connections within transit spaces, whether they are streets, squares, alleys, courtyards and at various moments the variation in scales, speeds of movement and transport that converge, diverge, by whatever means; pedestrian, bicycle, motorcycle, automobile, buses. Stop, look and observe”, Meireles states. The exhibition is opened to the public at Creative Macau gallery.

For more information, go to the event’s Facebook page 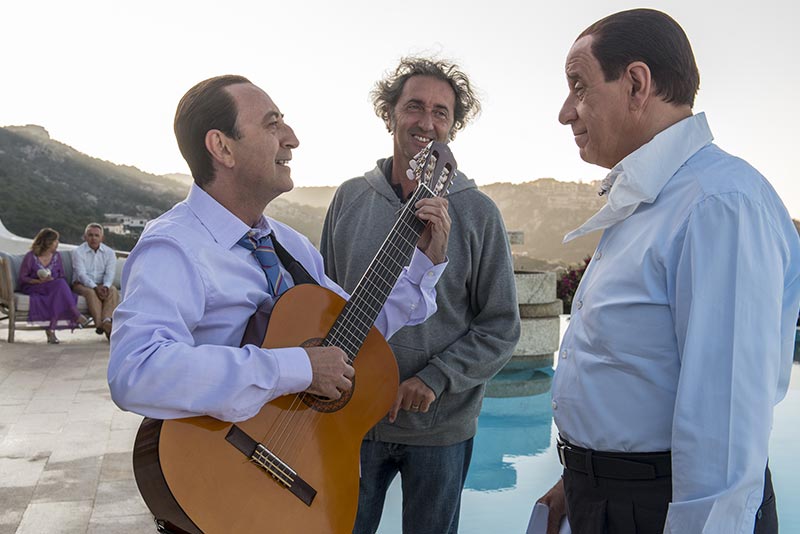 The 3rd Macao International Film Festival & Awards (IFFAM) taking place in December promises to be a cinema lover’s dream! For this edition, IFFAM chose the north-American actor, Nicolas Cage as its Talent Ambassador and there’s a new section. Besides showing his latest movie, Mandy, Cage will be present at the opening ceremony and will participate in a Masterclass on the festival’s second day. From 8 to 14 December, IFFAM will spread cinema through the city, with several screenings in different locations, including Macao Tower, Cinematheque Passion and the Macao Cultural Centre. This year, the organization announced a new competitive section: New Chinese Cinema, which will present a dedicated showcase of outstanding films from Chinese-speaking territories to audiences and industry guests.

At the Macao Cultural Centre, cinema fans can be part of Local View Power, this year integrated in the Cinema Festival. Boosted by a rising number of local film producers and promoting entities, Macau’s thriving cinematic scene hasn’t stopped growing over the last decade.

How much: MOP 60$ per person for each movie session

For more information and updates, visit their website. For ticketing, program and schedule, go to Macau Ticket official page. Information regarding the Local View Power are available at IFFAM’s website and the Macao Cultural Centre. Amsterdam X Macao Art of Illustration Exhibition brings together a total of 20 talented illustrators from Macau and Holland. The exhibition will take place in Amsterdam (Holland) and Macau. The illustration features graphical representations of real or imagined worlds, using an array of techniques ranging from photography to painting.

These techniques are used to convey thoughts, feelings, facts, feelings and emotions, and to attract attention, persuade, create context, inform, enhance understanding or entertain an audience. The goal is to create a network between a community of established and emerging artists providing them with the opportunity to exchange information about new developments in their work field and to promote each other. At the same time, through seminars and workshops held during the exhibitions, the idea is to raise awareness of this particular art form to the general public.

How much: Free entry

For more information, visit the event’s Facebook page, or their official page Staged by the Belgian theater Laika, this wordless play is one of the numerous examples of theater for the senses the troupe has created since 1991. Without flinching, the audience will follow a hilarious couple’s quest for domestic bliss that will turn slightly bitterer than one would expect. Sharing a minuscule house, the two protagonists contort their lanky frames to fit the flat’s interior. As flowers are exchanged, chocolates are shared and embraces become unavoidable, they seem to be made for each other. “Blue” is a collaboration among ICDA members and local theatre directors, performers and designers. It is also a performance of dance, theatre, original music and multimedia projections based on historical references and images of various eras of Macau. Against the waves and odds, the members of Macao Ieng Chi Dance Association sing the songs of dreams. The old and the new, the lost and the found, the dazzling and the gloomy are all reflected on the moonlit waters of Macau. As a peninsula, Macau and its waters are connected in a complicated way. The piece tells a story about this connection, its transformation and our affection to the city.

Tickets can be purchased at Macau Ticket official website The 11th Macao New Year’s Concert will take place at CCM’s Grand Auditorium, featuring Adriano Jordão on the piano, Christopher Bochmann as master, the Macao Youth Symphony Orchestra and Orquestra Sinfónica Juvenil performances. The Orquestra Sinfónica Juvenil was created in 1973 and is today recognized as a fundamental institution in the panorama of music tuition in Portugal. It is the only youth orchestra in Portugal that is active all year round, and it fulfills an essential role in the training of young musicians, providing professional experience at the highest level. The event is organized by the Macao Youth Symphony Orchestra Association.