João Botas could very well pass for a Macau local with his vast knowledge of happenings in Macau from centuries ago along with his deep love of the historic city. His keen interest in Macau’s history bore fruit in the form of Macau Antigo, a blog about Macau in the olden days written mostly in Portuguese. We chatted with João Botas and found out how his love of Macau was born, the books he’s written and future projects in the works.

Could you tell our audience about yourself? What’s your story, your connection to Macau and how did you come to know it so well?

I was born in Portugal in 1971 and went to Macau in the early 1980s with my parents and brother. I was a young boy then. I went to school at Macau Lyceum, where China Bank now stands. I graduated in the early 1990s and also worked at TDM radio station. By 1992 I went back to Portugal where I am now and work as a journalist for RTP (Rádio e Televisão do Portugal), Portuguese public television.

To know Macau so well, as you put it, you have to feel it and breathe it. And do a lot of reading and study, of course. My private Macau memorabilia collection has more than 5,000 items–books, documents, matchbox, firecracker labels, postcards, paper money, photos, slides, maps, letters, coins, and more.

Macau for me–it’s a passion.

You have been running your blog Macau Antigo (macauantigo.blogspot.com) for some time now, why did you start it and why the focus on historical aspects of Macau? Did you always mean for it to be focused on history?

In Macau, I was very lucky to have had very good teachers in history class. That’s when it all began when I became interested in Macau’s history. Some years later, after finishing my course in social communication/journalism, in Portugal, I felt, that most people didn’t really know how rich Macau history is. So I thought I have to do something about this. History was, is and always will be the blog’s core.

What do you think are three fascinating historical facts about Macau that don’t exist anywhere else?

Macau’s history is unique. It was the first western settlement in China. The only way to those who wanted to go to China for many years was through Macau. The Macanese culture, cuisine (often regarded as the world’s first fusion cuisine), language (Patuá), and more. No other place in the world has Macau’s unique mix of east and west cultural influences. See the old buildings, for instance. You can’t find them anywhere and if you do, please let me know! At St Michael’s Cemetery, we can see candles and incense in the same graveyard.

Macau was Europe’s first and last colony in Asia and has a rich history unlike any other. People who live in Macau should never forget it and children should learn it in schools.

There were several moments–good and bad–in history that shaped Macau. In almost 500 years of Portuguese rule, just two or three critical moments are recalled. And even those went well because, in the end, Portugal and China’s authorities never forgot Macau’s past–where east meets west, an open door to and from China. Macau never had a war and that’s its legacy to the world. The hybrid and peaceful co-existence with culture tolerance. Reasonableness is another word that defines Macau’s historic success. My favorite photo is from the early 1900s. It shows Praia Grande bay. On the left side, we can see the former hotel Boa Vista, now the Portuguese consulate residence.

It’s from a stereo card titled “On the Promenade of Macao, the Monte Carlo of the Far East, China”. Stereoviews or stereo cards have two nearly identical images mounted side by side. When looked at through stereo viewer equipment they give a three-dimensional image. They were very popular from 1854 to the late 1930s and were produced in vast quantities.

It depends. Inspiration can be a news article, photo or a postcard, or even a movie. A story inside a story. When I start digging into my research, I forget the time. Macau’s street names are full of history!

I wish I could do this full-time but for now, it’s just a hobby that I take very seriously.

Since 2008 I publish a new post every single day. So far, that’s almost 5,000 posts. Most are in Portuguese, but there are also posts in English, French and Chinese. There are also more than 1.6 million readers from all over the world. The top 10 visitors’ origin countries are Portugal, Macau, USA, Brazil, Hong Kong, France, Germany, Italy, Australia, and France. Portuguese visitor,s it’s for obvious reasons and the others is because of the Macanese diaspora.

Besides the blog itself, I use social media, including Facebook, to spread Macau’s history. There are more than 2,000 followers on those platforms.

People’s history is always fascinating but it’s harder to write about. You’ve got to create a special bond; otherwise, it will just be words with no emotions inside. Gladly I already did and published some exclusive interviews and I have a few more to publish. One concerns Macau–and also Hong Kong, China, and Russia–during World War II. The other one is about the 1945 US raids on Macau.

What is something that you think no one knows historically about Macau? Or something often portrayed incorrectly in the media?

Macau as an island–it’s probably the most common mistake. Did you know that USA President, Ulysses Simpson Grant (1869-1877), was in Macau in April 1879 just to see Camões Grotto at Luís de Camões Garden? Did you know that Casa Garden’s first version had two floors? Did you know that Lou Lim Ioc Garden was private property and bought by Macau’s government in 1974? Did you know that the first Chinese-American treaty was signed at Kun Iam Temple in 1844? Did you know that the fish statue near Macau’s Government Palace is from the late 1980s and was built by the Portuguese Governor–after counseling from a Feng Shui master–as a sign of good luck for the airport’s construction? Additionally, Coca-Cola was introduced to Macau in 1949 when it was forbidden in China and in Portugal.

If you could go back in time and visit Macau back then, what year would you like to visit and anyone, in particular, you would love to meet?

With a time travel machine, I would go to the early days. The arriving of the Portuguese in the early 1500s with Jorge Álvares; the 17th century with all that commerce activity; the 18th century when people from all over the world went through Macau to reach China. Also, Ferreira do Amaral, governor at the first half of the 19th century, Sun Iat Sen and his Macanese friends and all the Chinese personalities that throughout times, in dialogue with the Portuguese, always concluded that Macau was a unique small pearl inside giant China that should prevail.

When you visit Macau, what areas do you like to spend your time at? Do you have any favorite places you like to visit or would bring a visitor to?

The historic places for sure, such as the Ruins of St. Paul’s, Mount Fortress, Guia Lighthouse, Kun Iam Tong temple, Lou Lim Ioc Garden, the old streets and more. Probably the finest example of Macau’s tolerant culture is the existence of a catholic church as Mater Dei (St. Paul’s) just a few meters away from Na Tcha Temple. I do have a special place, but, sorry, I will keep it a secret. The main point is that each time I go to Macau I feel at home. It’s my second motherland. I will always return. You published a book a few years ago on Manuel da Silva Mendes, why did you choose him as a person to write about? What makes his story and contribution to Macau so important?

Manuel da Silva Mendes (1867-1931) was a teacher at Liceu de Macau and a lawyer and he became one of the most knowledgeable Portuguese about Chinese culture and philosophy. He wrote hundreds of articles about Macau and China. He’s one of the most influential figures of Macau society in the first half of 20th century. He also had an amazing collection of Chinese art, especially ceramics from Sek Wan, and most of his collection can be seen now at MAM (Macao Museum of Art). Silva Mendes arrived in Macau in 1901 and lived there until 1931 when he died and was buried at São Miguel cemetery. Just after a few years of arriving he built a big house, at Guia hill. It’s where UNU-IIST now stands.

Due to a Macau Antigo reader I had the opportunity to meet Silva Mendes granddaughter who is 91 years old now. After our first conversation, it was settled that I would do a biography.

You also wrote on Macau during WWII. What insights can you share with us about Macau and its role during WWII? Anything that would surprise most people?

That period was one of the darkest of Macau’s history. Not because of the war itself, but because of massive food and medicine shortage. Macau was under a naval blockade by the Japanese army for many years. Prices rose up to 800 percent and ration cards were imposed while the black market flourished. Between 1937 and 1945, Macau was a safe haven for thousands of refugees. They came mostly from mainland China, but also from Hong Kong. Among them were several nationalities, including Portuguese and Macanese, but the majority were Chinese. Macau’s population tripled, from around 200,000 in 1937 to more than 600,000 in mid-1945. During my research for the book, I estimated 100,000 deaths from starvation and disease. Those were days of mourning and misery, bitterness and captivity. Several testimonies and a telegram from Macau’s Governor to Lisbon in the spring of 1942 spoke of “three cases of cannibalism among the Chinese.”

Have you published any other books or are you planning to publish more books in the future?

What’s coming up for you in 2020? Any interesting projects you are working on?

Keep writing on the blog. As for new projects I have several ideas in mind but I need the support of institutions like Instituto Internacional de Macau, Fundação Macau, Instituto Cultural, and more. Being UNESCO World Heritage Site it’s an honor but also a big responsibility. No one should forget that. 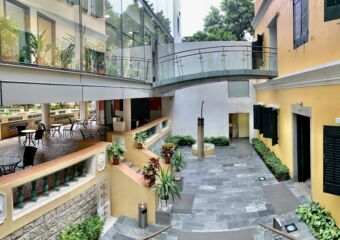 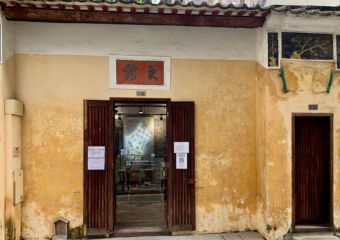 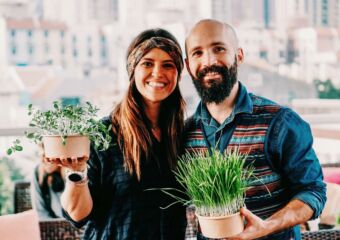 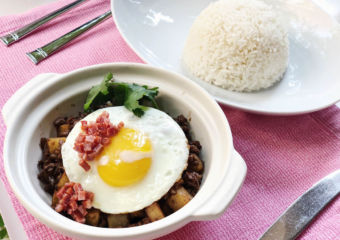