Macau is a city that offers visitors the best of both worlds. It is a melting pot of East and West cultures, opulent casinos and luxurious hotels and also beautifully historic architecture from years gone by. This city’s roots takes us back to when Portugal took over the region and contributed to Macau’s rich culture. One such cultural aspect is Catholicism which is very much displayed in the churches that are well-celebrated, respected and preserved up to today. Additionally, these churches are easily accessible via public transportation! No matter your beliefs, visiting any of these Catholic churches will definitely make your trip to Macau that much richer! For visitors who would like to attend mass, do note that they are held in Cantonese (C), Portuguese (P) and English (E).

The chapel was built in 1928 and houses some of the most sacred relics of Christian Asia. It manifests a baroque kind of architecture and stands behind the monument commemorating the victory over pirates in 1910. Located in an old colonial-style neighborhood, St. Lazarus is one of the oldest churches in Macau. It was established during the 15th century and was completely rebuilt in 1885. The Cross of Hope in the forecourt was retained from the original chapel.

The Cathedral of the Nativity of Our Lady or Sé Cathedral was rebuilt in concrete in 1937 but was already existent as a chapel way back in the 17th century. As of today, Sé Cathedral conducts the largest number of Catholic holy masses. It is also the current cathedral of the Diocese of Macau.

The first Portuguese newspaper was published in St. Dominic’s Church on September 12, 1822. It was founded and constructed during the 15th century by three Spanish Dominican priests for worshipping Our Lady of the Rosary. Located right in the heart of Senado Square, the church was placed on the World Heritage List in 2005. The church used to hold weddings for members of the Portuguese community, giving rise to the church’s Chinese name Fa Vong Tong (Church of Flowers). It was built in 1560 and reconstructed several times until 1930. It is also where the Jesuits set up their earliest headquarters in the city. Cinema in Macau: An Ode to Films Back in the Day 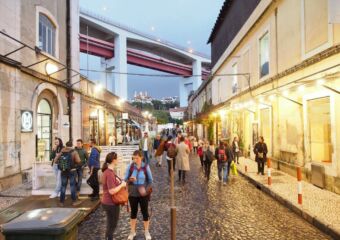 5 Fun Things to Do in Lisbon 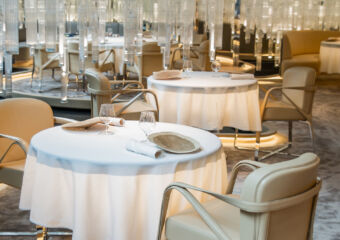 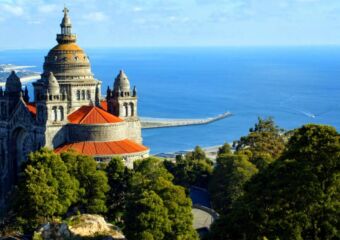 Unique Places to Stay Near Lisbon