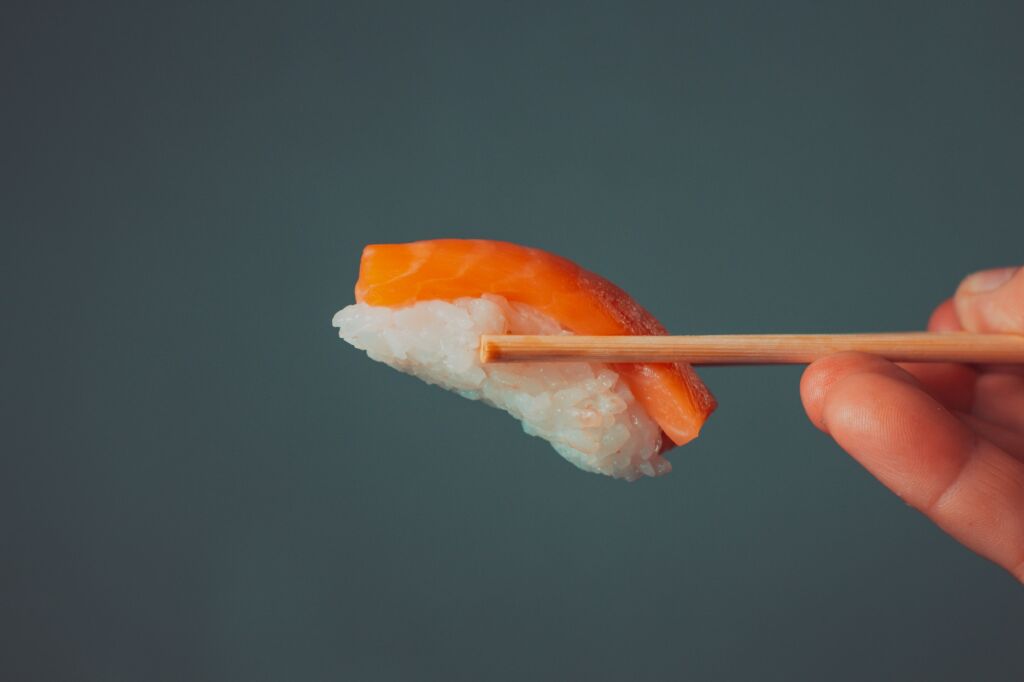 Japan is not particularly a large country in terms of square meters but it will take a lifetime to explore its rich and diverse culture. After the country opened up in the 19th century, the rest of the world got acquainted with the wonders of Japanese cuisine. From sushi and sashimi to various noodles and grilled food, it offers a variety of fresh ingredients, cooking methods that honor original flavors, balance and simple, yet stunning presentation. If you are not very familiar with anything else than sushi, check out our ultimate guide to Japanese food and see where you can eat it in Macau. A dish that can substitute your lunch and dinner altogether, ramen is a soup that is easy to love. And all that well-deserved love often makes people believe ramen has been there forever, or at least for some centuries. However, most likely, the truth is this comfort dish only migrated to Japanese dining tables at the beginning of the 20th century as an adapted version of Chinese noodles.

A national dish today, ramen comes in many forms to please any picky eater. Based on various types of broth, from thick tonkotsu (pork bone) to light miso, it is usually served with nori, bamboo shoots, shredded spring onions, chashu (roast pork), marinated eggs, and the unmistakable ramen noodles.

Where to eat: Ramen Kouji

There is no shortage of ramen shops in Macau; to such an extent, we even wrote two lists of the best ones! Among our favorite spots is Ramen Kouji that looks like a Japanese ramen-ya and serves excellent noodles. Arguably, sushi is the most recognizable of all Japanese foods. For some eaters, sushi even equals Japanese cuisine. Perhaps, the reason for such popularity is its absolute simplicity.

Surprisingly, the theory of sushi origins goes back to Yunnan province in China, where local folks used rice to ferment fish. This pickling method spread across the region, particularly in Japan in the 9th century. Initially, the rice was discarded. Later, the fermentation process became shorter, and rice was no longer trashed, but eaten with fish. Long story short, sushi traditions evolved with the changes of Japanese civilization until sushi turned into the version we know it today, in all its diversity. The most iconic one is nigiri sushi, a piece of fresh fish, shellfish, or meat, raw or cooked, over rice with vinegar. Then, there is maki, or rolls, a type of sushi rolled in a nori sheet, often with fish and veggies.

Unlike sushi, sashimi always comes rice-less and raw, usually with shredded daikon (Asian radish) and shiso leaves. Depending on the fish, sashimi’s thickness varies from paper-thin slices of bream or flounder to thicker square pieces of tuna or salmon.

A restaurant highly praised by Japanese expats in Macau, Ajikura offers a gastronomy experience as authentic as it gets without taking the plane east. As to their sushi and sashimi, expect the attributes crucial for these dishes–flawless freshness and excellent cutting techniques. Traditionally made at home, often on special occasions such as Girl’s Day, sashimi bowls make a nutritious and satisfying lunch. Hence, these days you can find them at sushi bars and restaurants worldwide, not just on family dinners in Japan. Although hard to distinguish at first glance, there are two main types of sashimi bowls–kaisen-don and chirashi sushi. The first one is steamed white rice topped with sashimi, which could be only uni, or tuna, or an assortment. Kaisen-don became a thing in the 19th century in Northern Japan, especially Hokkaido, the region renowned for its abundance of seafood. Chirashi sushi bowl has white rice with vinegar. And the toppings include both fish, raw or cooked, and vegetables.

Where to eat: Samurai Fish

When craving a healthy lunch Japanese-style, Samurai Fish is always a good option. First of all, there are three branches in the city, so wherever you are one of their restaurants won’t be too far to reach. Samurai Fish offers casual dining with a straightforward menu and affordable prices. Fresh ingredients are what make their sashimi bowls so delicious. The combination of two Japanese words, “ton” (pork) and “katsuretsu” (cutlet), is exactly what it suggests it is. Not to be mistaken with tonkotsu, which is a type of ramen. It might not be the most famous Japanese food abroad, but it has an army of fans inside Japan.

In a few words, tonkatsu was the subproduct of Japan opening up to the West in the 19th century. With new trade relations, Western traditions began to incorporate itself into unique Japanese culture and gastronomy. French côtelette de veau, a breaded and pan-fried veal cutlet, caught the interest of one of Tokyo’s chefs. He adapted it to the Japanese palate and, in 1895, introduced it into the menu of Rengatei, a Western-style restaurant in Ginza. Unlike côtelette de veau, tonkatsu is made of pork instead of veal, soft, fresh panko breadcrumbs instead of stale breadcrumbs, and deep-fried instead of pan-fried. Those changes made tonkatsu a lighter, crispier, and more tender version of its ancestor. Not only did it secure a spot in Japanese cuisine, but also inspired the creation of other dishes such as katsu curry and katsu sandwiches.

Where to eat: Chi Sasa

One of our favorite restaurants with Japanese food in Macau has two branches–one on Broadway street, and another is in Taipa. Offering a wide range of traditional dishes, they are famous and loved for their fresh sushi and sashimi and overall authentic Japanese experience. They serve perfectly crispy on the outside and juicy on the inside tonkatsu with some fresh veggies. Unlike tonkatsu, tempura is the food that foreigners often associate with Japanese cuisine. Its story goes back to the 16th century when Portuguese missioners came to Japan and, along with Catholic dogmas, brought the cooking method of coating ingredients in flour and then frying them. The first known tempura was Nagasaki tempura: the food was coated with sugar and flour, then covered in batter with sake and fried in lard.

Today, chefs from all over Japan cook tempura, with some traditional differences in the eastern and western regions. The common ingredients to fry are seafood and vegetables. In the East, they mix flour with eggs and water, then quickly fry the coated products in hot sesame oil. When ready, tempura is enjoyed with daikon and Tentsuyu sauce. In the West, they don’t normally use eggs and fry the tempura in low-temperature oil. Then, they eat tempura with salt.

Where to eat: Hidemasa

When you are at Studio City and don’t have much time for a slow dinner, stop by Hidemasa to indulge in flavorsome Japanese food in Macau that is also affordable. They offer a decent selection of tempura cooked to perfection–the veggies are not overdone, and the seafood is tender and juicy! Teppanyaki is not just food–it’s an art form, as a large part of its fame comes from the performance element. Japanese chefs skilled in teppanyaki preparation grill meat, seafood, vegetables, and noodles. In the process, they entertain diners by flipping shrimps straight into their mouth, twirling knives, and performing tricks like preparing an onion volcano in front of guests.

The art of teppanyaki became increasingly popular after World War II, especially earning the love of foreigners, both for the flavors and the performance. When looking for a spot to celebrate a special occasion or treat your friends to something out of the ordinary, a teppanyaki restaurant will satisfy both appetite and entertainment needs.

The steak house at MGM Cotai is frequent with ribeye and fillet mignon lovers, but not everybody knows it serves outstanding teppanyaki. Currently, Grill 58 hosts Teppanyaki Escapades, pop-up events with a 10-to-12 course omakase menu that features ingredients like caviar, uni, toro, and wagyu beef. Originated in China somewhere between AD 25 and 220, gyoza is a popular snack in Japan, where it became widespread in the early 20th century. It is a boiled, steamed, or fried dumpling with minced meat and/or vegetable filling. The most popular type in Japan is fried gyoza with pork, cabbage, and garlic. Usually, you can find gyozas at ramen shops and casual eateries in a serving of six. The typical way to eat them is with a dipping sauce with equal parts of soy sauce and vinegar, sometimes with chili oil.

Where to eat: Menya Kokukeika

A cozy ramen shop at NAPE, Menya Kokukeika is one of the best places to have shio ramen with clear, salt-based broth. Gyozas here are to die for–crispy with a generous filling. Moreover, the prices at Menya Kokukeika are hard to beat. With all the diversity of seafood used in Japanese cuisine, the freshwater eel, or unagi, deserves a special mention. Usually cooked in kabayaki style, unagi is both delicious and healthy, being an excellent source of omega-3 fatty acids and many other vital microelements.

To make unagi no kabayaki, the chef splits down the back of eel, debones, and butterflies it. Then, they cut it into rectangle fillets, skewer, and grill over the fire without oil. Later, the chef coats eel with dark brown sweet “Tare” sauce, made from soy sauce, mirin, sugar, and sake, and grills it a little more. The result is a subtly sweet flavor with smoky notes and a delicate texture.

Where to eat: Kingship

Kingship in Taipa is a spacious restaurant in Taipa that gets pretty busy in the evening. Their menu is rather extensive, with Japanese specialties like sushi, udon, ramen, and anything you can think of. The unagi no kabayaki at Kingship is perfectly soft and rich in flavor. It’s impossible to imagine Japanese cuisine without its integral noodles, soba, and udon. Even though they originated in China, both of them have been iconic Japanese comfort foods since the Edo era (1603–1868). While udon (wheat flour noodles) was more prevalent in Kyoto and Osaka, soba (buckwheat flour noodles) was favored in Tokyo (then Edo). In modern times, the preparation and toppings differ depending on the geography. But all in all, udon and soba are well-spread across the Land of the Rising Sun. Eat them soupy or grilled, cold or hot the variety is wide enough to satisfy anyone’s taste.

Where to have it: Tabuchi

Most of the restaurants in Macau that serve Japanese food have either or both soba and udon on their menu. But if we had to choose something special, we’d recommend trying Tabuchi’s cold udon with mentaiko (pollock roe), creamy sauce, cucumbers, nori, and scallions. The combination of umami flavor and refreshing veggies make it a well-balanced dish.